Foreman: If Mike Tyson Has 3 More Exhibitions Like That - I'd Back Him Over Any Contender

Tyson, who retired from the sport in 2005, returned to the ring at Staples Center in Los Angeles to battle 51-year-old former four division world champion Roy Jones Jr. to an eight round draw. The rounds were slimmed down to two-minutes and the boxers used 12-ounce gloves. 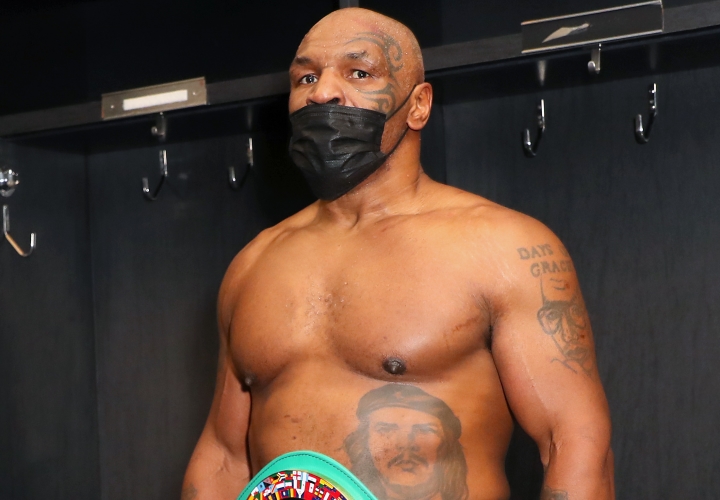 The 54-year-old Tyson performed much better than many experts had anticipated.

And the fight generated a mountain of interest - as the event reportedly generated around 1.2 million pay-per-view purchases - one of the biggest boxing PPV figures in years.

Foreman, a two-time heavyweight champion, believes Tyson - with a few more fights - is capable to taking on just about anyone at the weight.

"If he gets three more exhibitions like that, at that level, I would even back him in challenging any title contender, even a champion," Foreman told TMZ Sports.

"If the right situation arrived, Mike Tyson could be in for a good title shot ... and [with three more] of these exhibitions, he can beat some of these guys who can be champion out there.

"I was on the edge of my seat [watching that fight between Tyson and Jones]... I did exhibitions with Sonny Liston, I've seen [Muhammad Ali] do exhibitions, but I've never seen one that exciting, never."

Under the right set of rules, Foreman would back Tyson against the best of the best - especially if the contest is fought under two-minute rounds.

Foreman first retired at 28 and was still fresh. He was only 38 when he returned. He just looked 58 because the weight gain, the fuller face, and the bald head. Tyson is much older and smaller than Foreman back…

[QUOTE=BillyBoxing;20929164]Because he's in a better place mentally he does not have it anymore. Because he thinks "**** all" he's not going to go to a real war "not a sparring session" with young fellas. He would be like "what's the…

[QUOTE=Boxingfanatic75;20926845]You answered your own question. Boxing is 90% mental and his mind is in a completely different realm now. I can relate given my age too. His mind is in the place we call f u c k all. It’s…

[QUOTE=champion4ever;20928535]Personally, I don't see where Mike looked all that great. I saw him pulling punches while carrying Roy Jones in that exhibition bout.[/QUOTE] It's pure hype. Foreman should be ashamed of himself

[QUOTE=james240;20928945]Off topic whats the chances of a exhibition fight between Lewis vs Bowe? or are they to old and damaged?[/QUOTE] Not famous enough