UFC superstar Conor McGregor returned to the cage in spectacular fashion on Saturday night at the T-Mobile Arena in Las Vegas.

The 31-year-old demolished veteran Donald 'Cowboy' Cerrone in only 40 seconds of the first round. He busted his nose with shoulder strikes, then rocked him bad with a head kick, and then closed the show by battering him with numerous punches to force the stoppage.

After the fight was over, five division world champion Floyd Mayweather took to social media to post a mock event poster which teased a potential rematch in 2020.

UFC President Dana White advised several reporters that Mayweather has already reached out to him via private messages on social media, but he would not reveal the specifics of what was said. 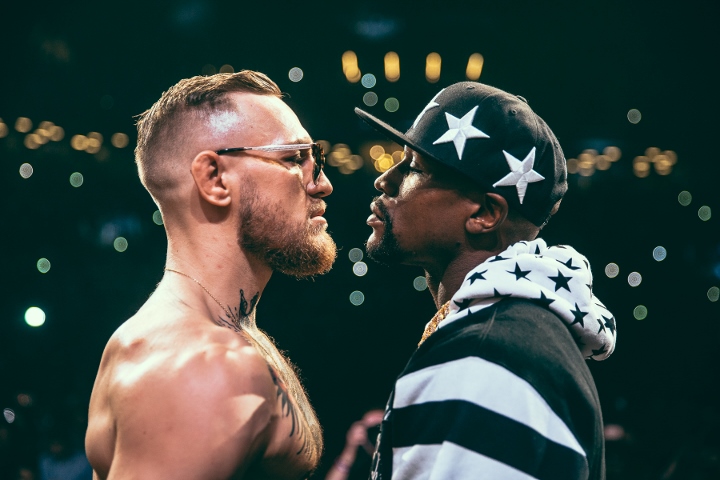 Earlier this week, McGregor made it clear that he wanted to return to the sport of boxing and one of his goals was to secure a rematch with Mayweather.

Mayweather stopped McGregor in the tenth round when the UFC superstar made his professional boxing debut in August 2017. Their pay-per-view bout generated over 4 million buys - making it the second most successful combat sports pay-per-view in history.

McGregor told told Ariel Helwani's MMA Show on ESPN: "Most certainly, I'd like to rematch Floyd. I think we should rematch Floyd.

"He keeps flirting with it [coming out of retirement] and he can go and pick someone else but it's not going to be the same. I did phenomenal in that fight and the only reason I lost that bout was because I prepared for a back-foot style of opponent.

"And when the fight was like that I was picking him apart. Then he came forward and started pressing and I wasn't sinking into my shots like I am now with my boxing coaches.

Following that interview, Mayweather Promotions CEO, Leonard Ellerbe, made it clear that a rematch was certainly possible - if McGregor was actually serious.

[QUOTE=BoomBapTrap;20338116]Is Josie Harris good enough? Will Floyd have his security there to hold her by the arms while he pummels her stomach again? And will the children to have to testify in court and tell the judge their dad Floyd…

[QUOTE=BoomBapTrap;20338099]Ali has 5 losses. Lebron lost in the finals like 6 times. You’re point? It seems to be the best of all time have losses because they go up against the best at that current moment. Floyd didn’t. Oh and…

[QUOTE=Roadblock;20338085]Best vs best, with 7 loses and stopped twice Manny doesnt make the grade. Sorry ![/QUOTE] Ali has 5 losses. Lebron lost in the finals like 6 times. You’re point? It seems to be the best of all time have…

[QUOTE=BoomBapTrap;20338057]Well why not? Floyd already ruined boxing by playing tag inside the ring instead of actually fighting, and then crowning himself TBE because he can run and hug better than everybody else. It turned a lot of fans off. Now…