Floyd Mayweather Says He Will Apply For MMA License

The plot thickens when it comes to Floyd Mayweather Jr. (50-0, 27 KOs) and his continued hype for a potential debut in mixed martial arts.

Last week, Mayweather spoke with TMZ Sports and said that he plans to begin training with UFC welterweight champion Tyron Woodley in the near future.

Mayweather, 41, announced his retirement from boxing after stopping UFC superstar Conor McGregor in the tenth round of a boxing match last August at T-Mobile Arena in Las Vegas. It was Mayweather's first fight in two years, while McGregor was making his pro debut in a boxing ring. 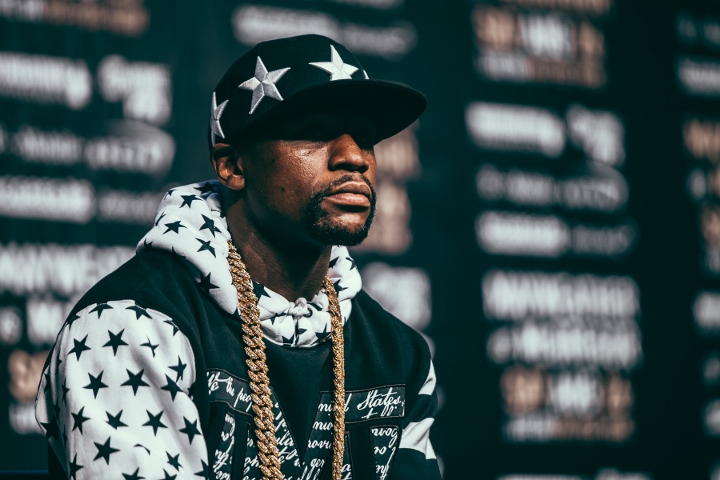 Mayweather has been working social media for the last few weeks, by posting photos and videos which teased that he ws considering the possibility of an MMA encounter.

Now Mayweather is stating that he's planning to submit the paperwork to get licensed as an MMA fighter, and more than likely he would pursue that license in Nevada.

"Everything takes time. Eventually, we're gonna apply for the license, and hopefully we can fight," Mayweather said to TMZ Sports.

Mayweather never revealed the timeline of when he would apply the license or when he plans to start actual training with Woodley - but last week said that his training would begin "real soon."

However, Mayweather has an estimate on how long it would take him to get ready for an MMA fight.

Mayweather had told TMZ last week that his wrestling game was pretty good, but he needed more work when it came to striking with his feet

[QUOTE=7not8;18585354]You think so with 4oz gloves? If anything, I would think they would have a much needed pop that mayweather lacked as he moved up in weight. One thing I will say is that he would need to adapt his…

I can't believe how stupid so many people are. Why the heck is everyone convinced Floyd Mayweather will turn down a guaranteed $100 million??? That is quite possibly the dumbest thing I've ever heard. Oh, no, Floyd don't want to…

Floyd's hand game is more like 1,000 compared to those MMA goons.

[QUOTE=SkillspayBills;18585687]I'm starting to detest Floyd. This attention whoring is really starting to rub me the wrong way. ****ing 40 year old retired boxer is not going to spend almost a year learning MMA to get his ass beat in the…