The eight round bout saw all three judges issue an identical score of 80-71.

Hrgovi?, who is highly regarded as an rising talent in the weight class, is now 7-0 with 5 KOs in his professional career after having few issues in beating Johnson in front of a packed house at KC Dražen Petrovi?.

Johnson, from New Jersey, who was a late replacement for Ytalo Perea who failed to get the necessary documents to travel to Croatia for the fight, challenged Vitali Klitschko for the WBC World title and has since gone on to share the ring with a number of top heavyweights including Tyson Fury and Anthony Joshua.

Johnson is very difficult to stop, after going the ten round distance this past October with another unbeaten heavyweight prospect, Daniel DuBois. 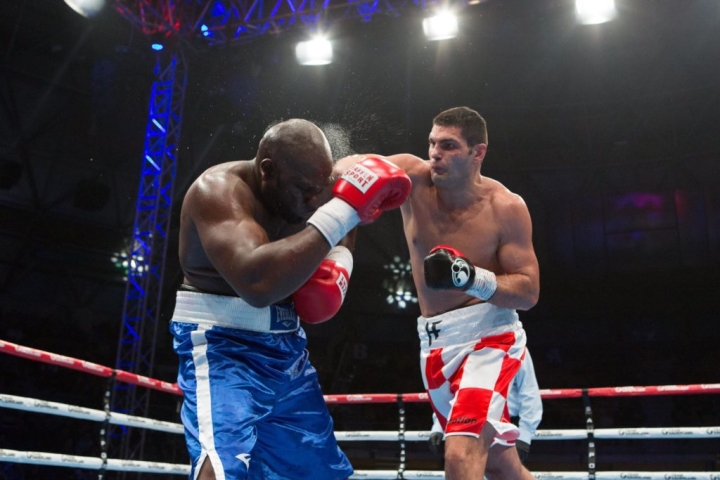 Hrgovi? was dominant from the opening round, landing a series of punches in each round, but to Johnson’s credit he managed to go the distance despite being belted with countless blows.

After the fight Hrgovi? thanked the fans who turned out in Zagreb.

“Thanks for supporting me. I am really touched, proud and honoured. Thank you from my heart. Thanks also to the my opponent, he is a real warrior. I respect your career, please a round of applause for Kevin Johnson,” Hrgovi? said.

So, he took Hrgovic and DuBois the distance in recent months. He's still giving rounds I suppose, if that's what opponents want.

[QUOTE=nick_viking;19339917]Am I right in thinking Joshua is the only person to KO Johnson?[/QUOTE] Peter malas recently had a tko of him in 8 rounds but other than Joshua finishing him in two rounds always points losses; including: Dubios Ruiz Jnr…

[QUOTE=Deus;19339893]A highly touted prospect shouldn't be getting decision wins against Kevin Johnson... should be knocking him out comfortably.[/QUOTE] Johnson has good defence, good chin, crafty and always comes to survive so knocking him out is not easy. Most fighters will…

... but i find it hilarious how kingpin keeps getting these fights and doesnt even bother attempting to win. It's like a fairground attraction 'can u stop kingpin Johnson'. Will.never forget him barely throwing a punch against vital then acting…