"I'm going to rise up for my people," and with this phrase in mind, Puerto Rican Olympian Felix "El Diamante" Verdejo begins his daily routine of training on course to the coveted encounter for his people.

The scheduled appointment in the ring will take place on Saturday, November 10 at the Mario 'Quijote' Morales Coliseum in Guaynabo.

At 25 years old, Verdejo, with a record of 23-1 and 15KO's, is looking to be reborn in the hands of an experienced staff of professionals who continue to polish this Puerto Rican diamond, convinced that he has a promising future after suffering his first career defeat earlier this year. 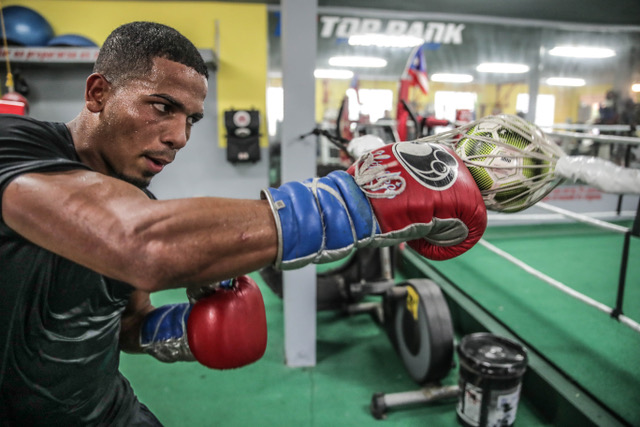 "Only the brave stand up like champions and I am sure that Felix is an example of that for Puerto Rico. He's focused on his training, has learned from his own experiences, has matured as a boxer and as a human being, and that is what fills us with strength and pride to continue betting on his career," says his coach Ricky Marquez, who is very pleased to now share his corner with veterans Evangelista Cotto as a co-trainer and Angel "Memo" Heredia in the physical preparation department.

"I feel upbeat and I feel very confident with my team, it's a dream come true to have Evangelista and Memo with Ricky to work with me in my training, we have put together a true team. I'm learning from good teachers," adds the Boricua fighter with his humble smile.

The opponent of Verdejo as part of this "Night of Champions DIRECTV" will be Mexican boxer Yardley Armenta Cruz from Los Mochis (24-11, 14KO's), who arrives directly from Sinaloa, Mexico.

Diamante Promotions and DIRECTV join together in a live broadcast called "Night of Champions."

Verdejo wants to achieve a statement win in front of his people.

"I want to taste the victory together with my people, my nation. I'm going to succeed in Puerto Rico," Verdejo said.

...he can't lose to another unknown boxer that they're bringing in "directly from Sinaloa, Mexico." Diamante Promotions, he is promoting his own fight...how can he lose?

[QUOTE=bushboy007;19194566]One of the most poorly written articles I have ever read!! Wtf?![/QUOTE] 1 loss and they hand him over to the filler guys. They wasted gallons of ink on him and now he's old news.

So Arum dumped him?