Puerto Rican fighter Felix “El Diamante” Verdejo will soon travel to the United States to talk with some of the coaches who have expressed interest in taking charge of his preparations with a view to returning to the ring in early 2020.

This was made known by Verdejo while refusing to reveal the names of those who have contacted him.

“There are a few who want to work with me. In early November I will go to see how I feel working in a different system,” Verdejo told Carlos Gonzalez. 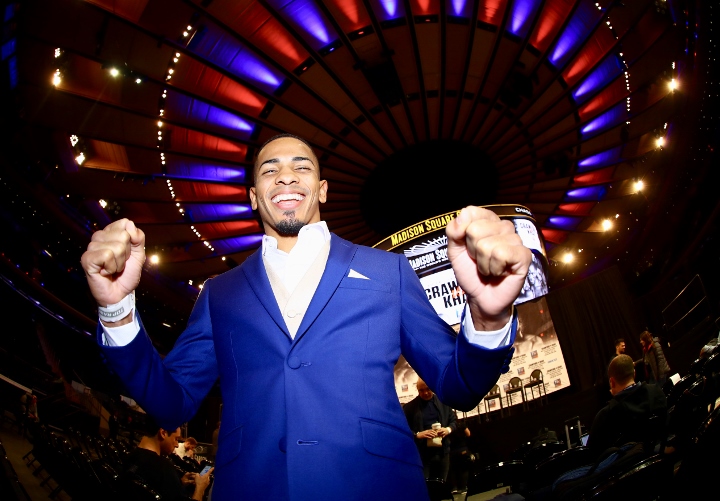 Per the advice of his lawyers, Verdejo would not comment on the ongoing legal battle with manager and head trainer Ricky Márquez.

However, he said he is in the process of making a decision regarding the new coach.

“I don't know who it will be. I am watching, talking and then I will be meeting with some to then inform him. I want to do things well thought out,” said Verdejo.

This past August, the fighter filed a lawsuit in the Court of First Instance in Carolina with a view of breaking away contractually from Marquez under the allegation that their agreement contains “abusive and contrary to law” extensions.

Verdejo (25-1, 16 KOs) has been out of the ring since April 20, when he won a ten round decision over Bryan Vasquez on the Terence Crawford-Amir Khan undercard at Madison Square Garden in New York City. It was his second win since getting stopped by Antonio Lozada in March of 2018.

I wouldnt mind seeing him in the mix. Verdejo has a good style. He just needs to get his head right

I bet Verdejo didn’t know that Cameron Dunkin did made an offered to become his manager??

Guess some trainers want to get paid. This guy isn't very good and has been exposed already.