A solid left hook sent Cruz down to the canvas, and he was unable to regain his senses.

For Verdejo, who had not fought for eight months, it was the victory that he need to regain some of his confidence. 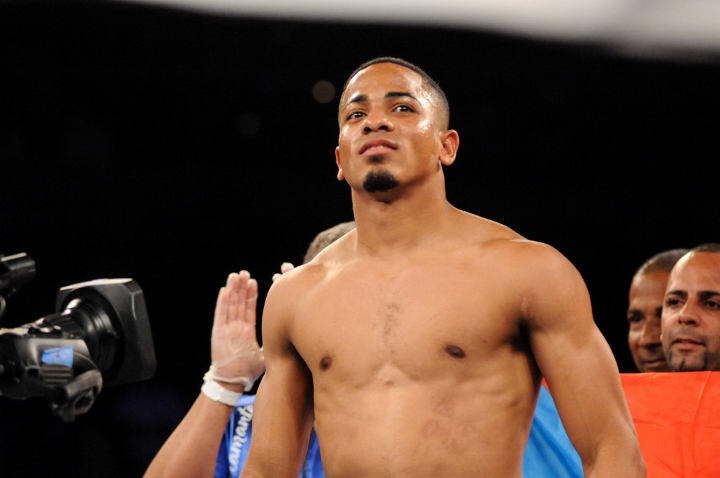 The last time Verdejo saw action was back in March, when he suffered a tenth round TKO defeat at the hands of Antonio Lozada at New York's Madison Square Garden.

Verdejo's future was unclear after tasting his first career loss. There was several lackluster performances in the past, and he lost a guaranteed world title shot after suffering injuries from a motorbike accident while hanging out with friends.

"After taking a loss, one gets more serious. You learn from a loss," said Verdejo. "Thank God and Puerto Rico for the support."

After suffering that defeat to Lozada, he made several changes to his team - like adding on veteran coach Evangelista Cotto, who took nephew Miguel Cotto to several world titles. And he also linked up with strength and conditioning trainer Memo Heredia.

The next move for Verdejo is unknown.

"We have nothing planned. We were waiting to get through this fight. Now we plan to sit down with the people at Top Rank," said the boxer's manager and head trainer Ricky Márquez.

I'm pulling for him to become his best and put 100% focus into his game and if he puts it all together, he can make some noise. He's a really good person.

[QUOTE=Fabian69;19263933]the hype was fair he just wasnt taking things seriously now he is. Its time to shut some mouths.[/QUOTE] Keep telling yourself that. He is average at best. Only way he sniffs a belt is if it is vacant and…

He looked good, now time to fight someone ranked and with a pulse.

Bendito...Verdejo should've fought top competition a couple of years ago. As long as the fights are in PR, Orlando, or NY, and having PR judges, a PR referee, and against these unknown-unranked Mexicans they keep fkying in, he'll win...