As previously reported on BoxingScene.com, Puerto Rican lightweight contender Félix “El Diamante” Verdejo will face the Will Madera as part of the Top Rank card being organized for July 16 at the MGM Grand Conference Center in Las Vegas, Nevada.

This fight ended the difficult search for an opponent for Verdejo, who was training for the date but had no idea who his foe would be. The contest will be held at a max weight of 136-pounds over the ten round distance.

"I feel happy because I'm going to fight. I have been preparing for any opponent. I'm going against an undefeated fighter, Will Madera. Nobody should be underestimated in this sport, but I am prepared to succeed on July 16,” Verdejo said to Sara Hernandez. 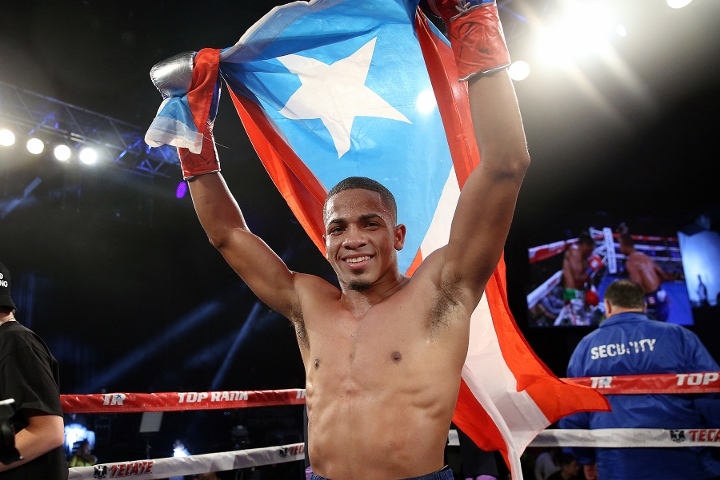 Verdejo, who has a record of 26 wins, one loss and 16 knockouts, acknowledged that Madera (15-0-3, 8 KO's) "is a strong fighter" who cannot be neglected and who he must fight "intelligently".

He also expressed that he is confident in giving a better demonstration than the one he did in January when he beat Manuel Rey Rojas by unanimous decision on a card that was staged in New York City.

"With the condition that I'm going to bring, better than it was in the previous fight, I am going to be more aggressive and throwing far more punches," Verdejo said.

“I understand that I can be close (to a world title fight with this win) since we are quite high in the rankings."

This fight will mark the second contest with veteran Cuban trainer Ismael Salas, with coronavirus restrictions in place.

"I am taking care of myself. I'm always wear my mask, even if other people don't have it on. I do it for me and for the good of others. But it has been difficult because — from everything we see — we must learn to live with the coronavirus."

Boxers do well when they punch, punch more.