Felix Verdejo: I'm Ready To Fight All of The Names at 135-Pounds

After a couple ups and downs in the last few years, Puerto Rican lightweight contender Felix Verdejo is very clear about his desire to become a world champion at 135 pounds, and his fight against the Japanese Masayoshi Nakatani, on December 12 at the MGM Grand's Conferene Center in Las Vegas, will be the first step towards his desired goal.

The Puerto Rican fighter, who was once considered one of the super prospects in the sport, believes that he will regain the trust of his followers with a resounding victory over Nakatani, a fighter who in 2019 went the distance with current lightweight champion, Teófimo López. 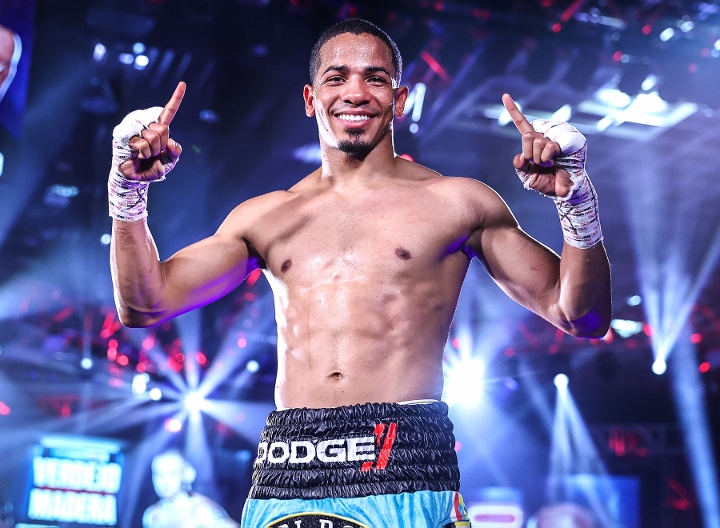 "Nakatani is not a fighter who represents a danger to my career," Verdejo said to Carlos Narvaez. “I am doing the work to be victorious and I'm coming in there very hungry and I will not allow my daughter's plate of food to be taken away. I'm going to get a big win at 135 pounds to go after those world titles.

“If God allows it, all the fighters at 135 pounds will realize that I am here and I have not gone anywhere. Anyone here [in this division] will have to pass through my hands. I'm ready to fight all of them. Félix is ??back and they will see him on December 12."

Verdejo comes back after knocking out Will Madera in the first round this past July in Las Vegas, the city where he trains under the tutelage of Cuban coach Ismael Salas.

The former Puerto Rican Olympian said that he regained the passion that he once seemed to lose after signing as a professional after the 2012 London Games.

"That hunger and desire is there again. The birth of my daughter changed me again. I know what my priorities are. My life has taken a different course. I had to hit the wall to realize many things. But thank God I'm alive to tell the tale. I learned from life and now I am more mature in my decisions. I was at the top and then I experienced what it was like to be trampled on by the same people who put me up there. I learned to be the best at what I do and the goal now is that when it comes to boxing, my name is on that list. We continue marching forward," Verdejo said.

[QUOTE=PrBoxing88;20907954]Verdejo will beat both at the same night atm. ur a Verdejo hater since he become proffesional.[/QUOTE]No, I have actually complimented Verdejo as being one of the good guys of the sport. Someone can like Verdejo and realize he is…

[QUOTE=richardt;20907377]Verdejo couldn't even beat that slow as fk guy who Fortuna toyed with and stopped recently, let alone the top guys.[/QUOTE]Verdejo will beat both at the same night atm. ur a Verdejo hater since he become proffesional.

[QUOTE=Boricua181;20907524]I believe that if Verdejo ever gets a rematch with his conqueror, he'll turn the tables the tables on him. He'll knockout Antonio Lozada, possibly earlier than Javier Fortuna just did. Let's see if he can score another vicious knockouts…

This guy is being brought along in what seems like foreverl. It's refreshing to see him in a past due step up fight.