Felix Verdejo wanted a fresh start in 2020 to finally begin seeing the promise of his future come to fruition.

Verdejo’s boom or bust fight to kick off the year was the former, and the once-promising prospect and 2012 Olympian outpointed Manuel Rey Rojas via unanimous decision in a 10-round lightweight fight Saturday at the Turning Stone Resort & Casino in Verona, New York. 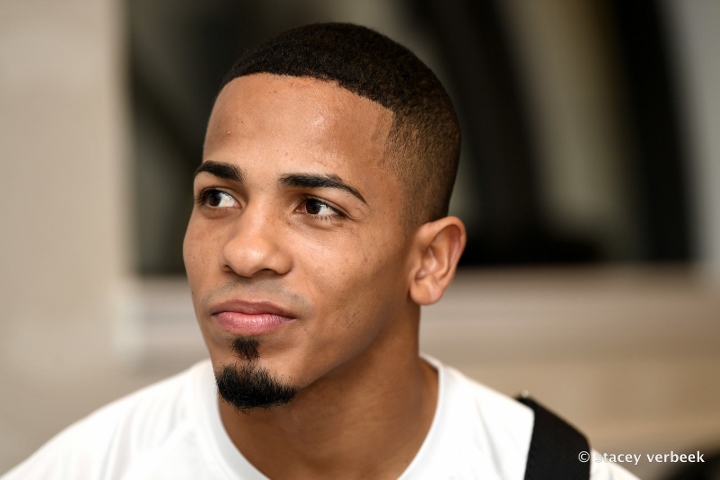 Verdejo (26-1, 16 KOs), a 26-year-old Puerto Rican pugilist, put in a workmanlike and solid performance against Rojas (18-4, 5 KOs) in a rather unspectacular win. He’s now riding a three-fight winning streak after suffering his first career loss in 2018 via TKO to Antonio Torres.

A feeling out process in round one progressed into Verdejo picking his spots better in round two, highlighted by thudding right hands to the body and crisp uppercuts. Rojas, nicknamed the Punisher, continued coming forward with combinations of his own, but with little mustard behind them. Through the first three rounds, Verdejo had outlanded Rojas 50 to 30.

By the fourth round, Verdejo had a mouse developing under his left eye and a nose bleed, but it wasn’t much to be concerned about.

In the fifth round, Rojos further got the attention of Verdejo with a right hand as he seemingly stunned him and began to better bring balance the bout.

The 26-year-old, Dallas-based Rojas had an unblemished record since 2015 and was on a six-fight winning streak that stopped Saturday. He looked good in spurts but didn’t sell out by throwing punches in bunches.

Trained by Cuban Ismael Salas, Verdejo made sure the verdict would work in his favor in the latter half of the fight by pulling away with a very strong jab. Verdejo, however, didn’t follow up with much immediately after his jabs.

Verdejo has suffered setbacks in and out of the ring in recent years. He’s also survived a motorcycle accident in addition to switches in trainers and managers while partying more than he would have liked. A win to start off the year should put him back on a straight and narrow path.

The fight was televised on ESPN and served as the co-main event to the Top Rank card featuring light heavyweight bout between Eleider Alvarez and Michael Seals.

Improvement will get there so far I saw him with more resistant didn’t get tired in the latest round. looking forward to see him in the title match soon

I definitely saw some improvements under his new coach still needs work but he has the tools to get to that next level and be a top 10 fighter in the division.

Verdejo career is stuck, he was getting way to much hit in this fight. Sorry, but you are a PENDEJO Now!:twak: