Felix Cash retained his title with a stoppage win.

Cash, who is now 12-0 with eight quick, had to go through rough patches at Manchester Arena before getting on top. 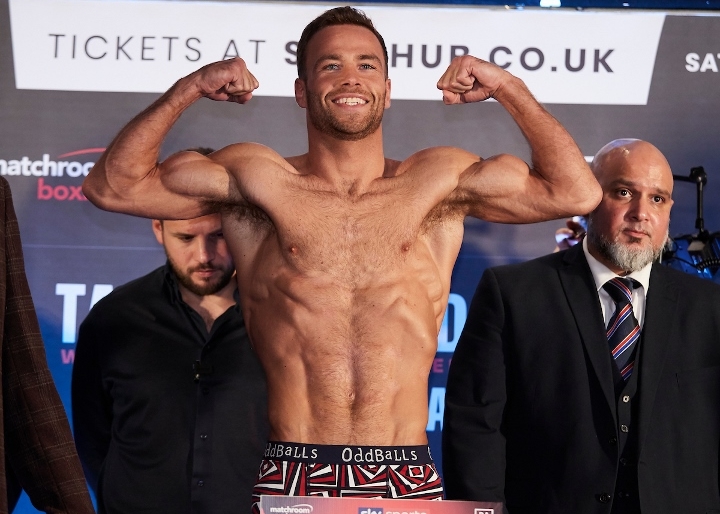 The Tony Sims-trained fighter dropped the reigning English champion inside the first minute of the fight, as part of the supporting cast to Katie Taylor’s challenge of WBO female world super-lightweight champion Christina Linardatou and Anthony Crolla’s farewell against Frank Urquiaga for the vacant WBA Continental lightweight title.

It was then nip-and-tuck throughout, with both fighters giving as good as they got.

Cullen returned from the first knockdown with a point to prove and despite showing flashes of what we know he can do, he was caught on a number of occasions in what was a breakout performance for Cash.

The ending came at one minute and 14 seconds of the eighth round after a second knockdown was followed up by a barrage of shots to body and head.

“I’ve been out of the ring since February,” said Cash, who was bloodied. “Now, I want to stay active and I’m ready to step up now.

“That was a step up because Jack Cullen’s a top fighter and much better than I expected, but I’m ready to go again.”

Eddie Hearn, Cash’s promoter, mentioned the possibility of his man challenging Matteo Signani for the European middleweight title in 2020.

Martin Murray, who fights Sladan Janjanin over eight rounds in Liverpool in two weeks’ time, is the mandatory challenger to the blue belt, but Hearn is hopeful his fighter can slip in and get a shot.

[QUOTE=cally83;20159882]Decent domestic dust-up. It was hardly Taylor vs Prograis though. Limited skill on show in this one.[/QUOTE] Yeah this was an entertaining scrap while it lasted

[QUOTE=GlassJoey;20159749]Great fight. Cullen needs to jab and hold more![/QUOTE] Nobody ever showed him how to clinch by the looks of it. He doesn't have much physical strength by the looks either. What guts though..

[QUOTE=cally83;20159882]Decent domestic dust-up. It was hardly Taylor vs Prograis though. Limited skill on show in this one.[/QUOTE] Not everyone has the same skill potential. But they showed top class heart, particularly Cullen, most fighters would've wilted alot earlier.

Decent domestic dust-up. It was hardly Taylor vs Prograis though. Limited skill on show in this one.