The hard-punching Alvarado (35-2, 30 KO's) dominated the majority of fighting chapters, even having the 25-year-old Konishi through perilous moments, not that far from being stopped, though in a couple of instances the bell saved the lucky Nippon warrior, who displayed strength, heart, and endurance throughout the rough world title encounter.

Konishi's tactic of clinching and holding might have saved him from further damage, though no points for holding were deducted during the close quarters battle in which the superiority of the tall and experienced 30-year-old Nicaraguan was crystal clear. 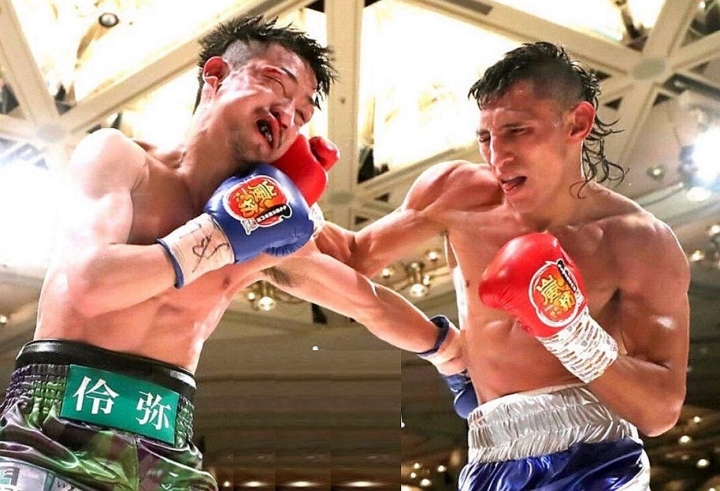 "I won, but it was tough. My opponent Konishi was really strong," said Alvarado to boxing reporter Bayron Saavedra of Boxeo de Nicaragua.

"He (Konishi) badly wanted my belt.   I threw at him as hard as I could possibly do and he would not go down.   When in trouble, he held me, neutralizing my attack.  Actually, it worked out good for him, though his boxing is kind of rough, some times coming head first.

"My path to victory was my superior boxing technique and my excellent physical conditioning.  My work and sweat of months at training camp paid off tonight. Tonight I am a winner.  Viva Nicaragua!"

For his title defense against Konishi, the disciplined Alvarado trained in his native Nicaragua by his experienced award-winning head coach Luis Ernesto Cortez, 71, a veteran man of boxing who used to work in the corner of Nicaraguan legendary champion Alexis Argüello.

Final scorecards were 118-110, 116-112 and 117-111 all in favor of Felix Alvarado, 30, who after his win, express to Boxeo de Nicaragua his interest in staying in the weight class to unifying against any of his fellow Light Flyweight world champs.

The author Carlos Costa is a Panama boxing reporter living in the Philippines.   Carlos can be reached at carlos512@hotmail.com and by whatsapp/viber/wechat:  +639184538152.