Felipe Orucuta is determined to beat the count.

The two-time super flyweight title challenger from Mexico has shown significant signs of improvement following emergency surgery to remove a blood clot from his brain over the weekend. The boxer was rushed to the hospital following injuries sustained in a 10th round knockout loss to countryman Jonathan Javier Rodriguez last Friday in his hometown of Ixtapa Zihuatanejo, Mexico.

Due to the severity of his head injuries and the need for immediate medical attention, Orucuta was placed in a medically-induced coma to relieve the swelling and brain bleed. 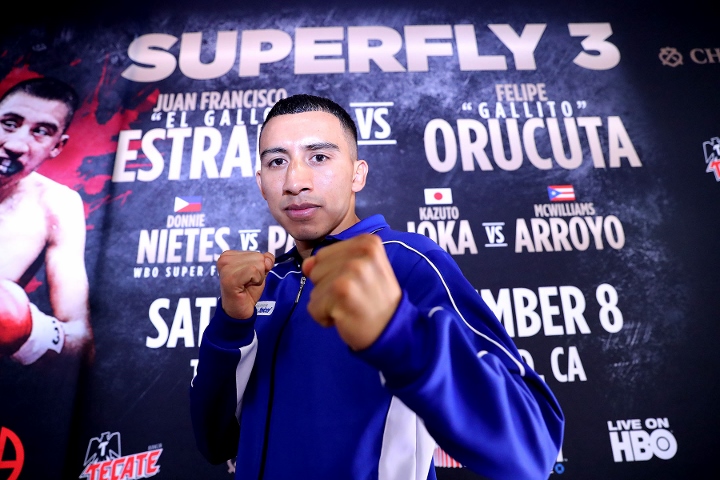 The first signs of his taking a major turn for the better came on Tuesday, although he remains hospitalized and under around-the clock observation.

“Felipe Orucuta has shown a positive response with movements, following surgery, which is a very encouraging sign,” stated Mauricio Sulaiman, president of the World Boxing Council (WBC) who has remained in constant contact with the fallen boxer. “The process continues to seek to lower sedation,  in order to be able to make a more complete evaluation.

“We will give more information, as soon we receive the official report of his doctors.
We send our love and best wishes to Felipe and his family. He has always been a very respectful, caring, loyal and wonderful friend. All the boxing family stands together and united in his corner.”

Orucuta (36-6, 30KOs) came up just short in two shots at then-reigning super flyweight titlist Omar Narvaez. Both fights took place in Narvaez’s native Argentina, where he was considered extremely fortunate to escape with a split decision win and his title still intact following their first bout in May 2013.

The rematch was a bit more decisive, with the visiting challenger failing to capture the same magic that came in his first bid although still offering a credible account of himself in their Sept. 2014 sequel. He’d never come any closer to returning to that stage, suffering sound defeats to countrymen Jose Cayetano and Juan Francisco Estrada among his 10 fights following his title run.

By all accounts, Orucuta now seems well on his way to the biggest win of his life.

Felipe is a warrior ! U can get through this champ!

I agree... all men who step into that ring are warriors regardless if they fight well, if their style is not what you like or whatever the reason may be. All the good vibe sent his way.