The fight will go ahead February 22 in Budapest despite the fact that both fighters are based in Germany.

The winner will be become mandatory challenger for reigning WBO king Gilberto Ramirez, who makes a mandatory defense against Jesse Hart in a rematch later this month. 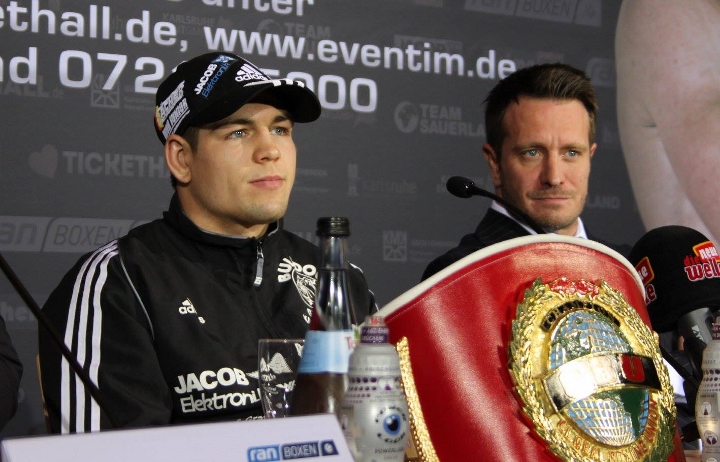 Former French light middleweight and welter champion Jean-Baptiste Rolland has passed away at the age of 80. Rolland fought professionally from 1960 through 1971 and challenged for the EBU title twice. Rolland also fought the likes of Sugar Ray Robinson and Sandro Mazzinghi. He retired in 1971 with 42-22-3 ledger..
...

Middleweight Christian Mbili, 13-0, stopped late sub Ilya Kharlamou, 8-3, in the third last night at the Zenith in Paris on the No Limit show promoted by Asloum Event.

In other action Anderson Prestot, 22-1, won the vacant EU 160 lb title with a third round stoppage of Pole Robert Swierzbinski, 21-8-2, and light heavyweight Mathiue Bauderlique, 16-1, stopped a brave but outgunned Patrick Bois, 17-7-1, in the fourth.
...

EU cruiserweight champ Tervel Pulev, 12-0, has former WBC king Krysztof Wlodarczyk, 56-4-1, as official challenger. The parties are now in negotiations and no date nor site have been set.

The 35-year old Pulev has little time to waste if he wants to reach the top and to fight the 37-year old Wlodarczyk might be the right move.

WTF... Are they kidding? Why does the WBO continue to embarrass themselves and disrespect boxing in general?! They have no clue! Seems like that bad political party that does the wrong thing to see what they can get away with.…

there are better contenders @168 and this is the eliminator they order? alphabet org never fail to disappoint