Evan Holyfield will have a new trainer and manager for his next professional fight.

Watkins, who compiled a 61-5-2 record and 42 knockouts as a professional, has served as Holyfield’s manager and trainer for the first four fights of the prospect’s career.

According to the suit, a copy of which was obtained by the Houston Chronicle, Holyfield claims that Watkins “lured him in with notions of grandeur” and “Watkins represented to Holyfield that he would spare no expense in making Holyfield a world champion.” 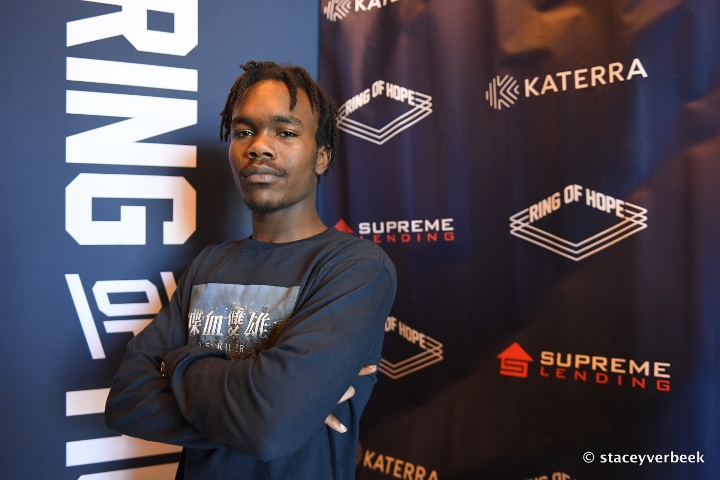 Holyfield is seeking damages of more than $500,000 “to proceed with his boxing career under a different, legally licensed and trustworthy manager.”

“Termite and I were having contractual issues. He was taking money that he was not allotted to, so we’re suing him,” Holyfield told BoxingScene.com in an interview. “We were having issues before, and it was just brushed under the rug. We weren’t seeing eye to eye. At the end of the day, he wasn’t willing to give me the tools I needed.”

The “tools” Holyfield alluded to were training-related, such as Watkins not bringing in an additional mitt man at the fighter’s request.

Watkins contracted Covid-19 in April and was hospitalized for 27 days. After Watkins was released from the hospital, he and Holyfield met to clear the air, but Holyfield said, “our meeting really went south and he told me to get an attorney.”

While the legal situation gets squared away, Holyfield has returned to his birthplace of Georgia to continue training. He reunited with his former amateur coach in Bert Wells at the Sugar Bert Boxing gym in Atlanta, and as soon as the split with Watkins is finalized, Holyfield will be seeking new management as well.

“It’s great to reunite with Bert Wells. The camaraderie is great, and there is plenty of sparring competition. I’m learning new things,” he said. “Things didn’t start clicking for me as an amateur until I got to Bert. I had a finer understanding of the sport, and I started reaching higher levels. We have a good relationship and communication, and that’s what a trainer and fighter need to have. He understands what I need to work on and is quick to correct things. He’s also not afraid to ask for help, like, bringing new guys in for mitts if we need it.”

Holyfield has also leaned on his father for advice on how to handle his situation outside of the ring.

“My dad has been there and done that. He’s telling me to stay calm and stay ready. As long as I do that, I have no worries,” he said. “I’m at the gym every day. I’m working hard and I can’t wait to show everyone how I’m developing.”

The 6-foot-2-inch Holyfield is also contemplating which weight class to compete in.

Holyfield walks around at 155 pounds and he said he’s looking to resume his career as either a 147, 154 or 160-pound fighter. He fought his last bout nearly 2 ½ pounds below the middleweight limit in March during a unanimous decision win over Dylan Carlson.

Holyfield made his pro debut last November. He is promoted by Kathy Duva’s Main Events, the same company that presided over Evander’s career. He currently does not have a date for his next fight.

He was looking good with Termite, unless he's just has a lot of natural ability. I'm surprised Evander doesn't recommend some coach to him that knows the pro game, not some amateur coach

[QUOTE=Oldskoolg;20764337]Should have signed with Haymon from day one[/QUOTE] That would have solved so much right? He doesn't have guys sitting on the bench, oh wait he has plenty wasting their time. You are such a joke.

Should have signed with Haymon from day one

IF he's walking around at 155, then I'd try to get down to 147 and compete there. There's gonna be some openings there as the class of that division are all in their 30s or 40s now.