Evan Holyfield Makes Pro Debut, Blasts Out Winstead in One

Holyfield, a son of legendary heavyweight Evander Holyfield, knocked down Winstead about 12 seconds into their scheduled four-round junior middleweight match. Referee Robert Hoyle stopped the action as soon as Winstead went down. 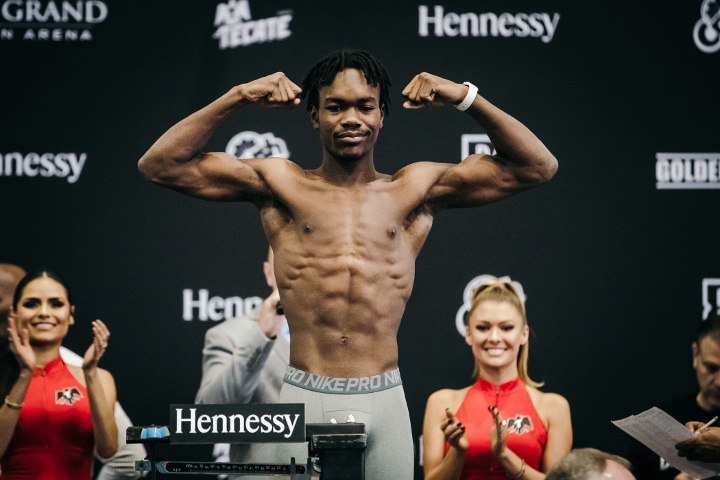 The 22-year-old Holyfield, an Atlanta native who trains in Houston, scored his quick knockout on the Canelo Alvarez-Sergey Kovalev undercard at MGM Grand Garden Arena. He landed a hard right to the body, three hard right hands to Winstead’s head, a left hook up top and another right hand to the head before the overwhelmed Winstead went down.

Winstead (0-2), of Abita Springs, Louisiana, has lost both of his pro boxing bouts by TKO. He protested to Hoyle for stopping their fight so quickly as soon as he stood up.

Holyfield is promoted by New Jersey-based Main Events, the same company that helped his father reach mainstream stardom in the 1990s. Evander Holyfield watched his son’s impressive debut from a ringside seat.

I think Nik was defenseless and the ref did his duty to protect the kid from getting badly hurt. To be very honest, Nik does not belong to boxing. He needs more amateur fights if he wants to continue.

Yeah, it was a set up fight. Kathy Duva's investing a lot in Evan Fields, so this happens.

Too early. Should of gave him a chance to continue. Ref didn't even count. How do you lose by KO in 16 seconds? Usually it's one punch within 5 or 6 seconds and the ref counts you out. This didn't…

[QUOTE=dot.c.eh;20160237] Well if any of you want to see Nick Winstead fight a bit longer well maybe you'll wish you didn't. This is why they picked Nick Winstead. He is…

[QUOTE=el***;20160284]It was 15 fuking seconds, atleast give the guy a chance to get back up which it seemed like he was going to do just fine.[/QUOTE] Why so he could get knocked down twice as fast again? Kid had no…