Jarko Ojapalo (7-0) won the vacant Finnish cruiser title with a split decision over Samuli Karkakkainen (10-1) after a close, exciting fight in the headiner of the Salo Knockout Night in Salo, Finland on Saturday (Nov 30) night. After ten it was scored 98-94 and 98-92 for Ojapalo and 96-95 for Karkkainen. Commentating for Viasat was Juho Haapoja, retired since 2017 with a record of 28-8-2, and he now wants to comeback and fight the winner.

Local hero Jarkko Putkonen had a tough night against late sub Damian Leonardo Yapur and lost on points over eight. 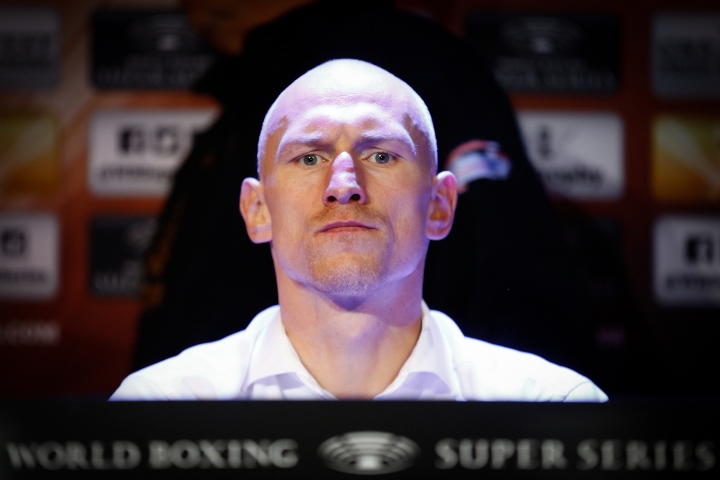 On the undercard talented middleweight Fedir Cherkashyn stopped Mathias Eklund from Finland in three rounds and is ready for bigger fights.
...

Kerman Lejarraga, 27-2, put his career back on track in Barcelona as he knocked out Brazilian veteran Anderson Clayton with a left hook to the body in the first round. Lejarraga is now campaigning at super welterweight after losing twice to David Avanesyan at 147.

In the main event on this Gallego Prada promotion Melania Sorroche retained the EBU female 118 lb title by stopping Violeta Gonzales in an all Spanish matchup.
...

The now 34-year old Ali Chebah (37-2) returned after a few years out and stopped Latvian trialhorse Konstantins Sakara in the sixth and final round in Pierrefitte (France). Chebah turned pro 2001 at the age of 16 and embarked on a career that was always somewhat controversial and never really led anywhere. After a loss to Ajose Olusegun in 2011 Chebah has only fought twice.
....

German clubfighter Gino Sigmund had his farewell fight in Berlin Saturday night and a suitable opponent was brought in Giorgi Tevdorashvili. As it was Sigmund was knocked out in the very first round so it was a tough farewell. In he main event middleweight, and promoter of the show, Ferdinand Pilz knocked out Thiago Do Corma Marcos in the seventh.
...

Finnish heavyweight Robert Helenius knocked out Mateus Roberto Osorio in the second on a show staged in Narva, Estonia. Helenius´ next fight will be in the United States - but when, where and against who is not announced.

On the undercard the Afghan Lion, Israrullah Yaqobzai lost to Fedor Vinogradov on points.

Really amusing read...I don't know who wrote it, but very enjoyable. Helenius should be cancelled like the Vikings TV show, which is going into its final season.

Helenius at this moment is just a washed up guy. He beat Chisora by split decision but that was 8 years ago. He looked like complete trash against Washington.