EBU light heavyweight champ Dominic Boesel (29-1) feels that the 175 lb division is just as interesting as the heavyweights these days and picks "Canelo`" Alvarez vs "Krusher" Kovalev fight this past weekend as a perfect example as Alvarez stepped up two weight divisions for the chance.

Boesel challenges IBO ruler Sven Fornling on November 16 in Halle / Saale on a SES promotion and is confident of beating the Swede.  And just for the record Boesel picked Kovalev to win. Canelo won by knockout in eleventh.

Fornling, just back in Malmoe, Sweden, after a week in London and a week in Hamburg for sparring, picked Canelo to win and states he will end Boesel´s career November 16.

Either way the winner of Boesel vs Fornling will most likely play a part in the in the big fights at 175 in the near future. Just check the ratings where Boesel is ranked # 3 WBA, 3 IBF, 3 WBO and 6 WBC while Fornling is ranked # 4 by the WBA, and # 5 IBF. 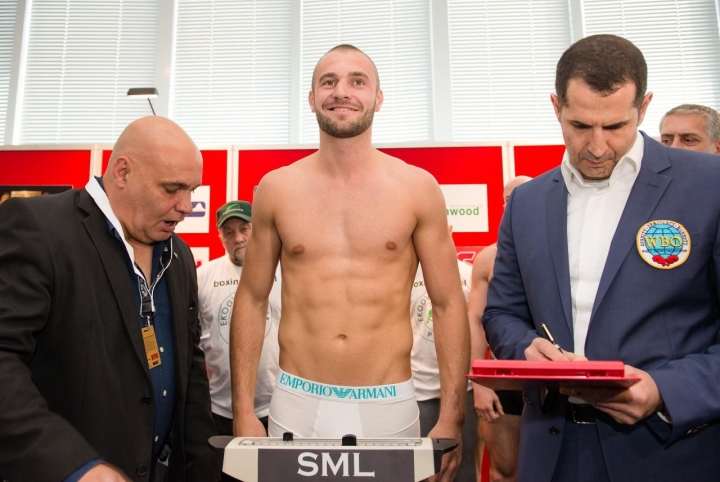 Lion Sports bid 71 666 Euro to win the rights to stage the fight for the vacant EBU super middleweight title between former world champ Juergen Braehmer and Emre Cukur. Lion plans to do the fight in the Munich region early next year - a date that does not sit well with Braehmer, who according to boxen1.com is expected back early December. If Cukur vs Braehmer will happen at all is according to the same source an open question.

Leon Bunn (15-0, 8 KOs) defended his IBF International Light Heavyweight title on Saturday night with a dominant performance over Enrico Koelling (26-4, 8 KOs) that saw him win via unanimous decision at the CGM Arena, Koblenz.

Former World title challenger Kölling showed character and heart throughout the fight as he tried to keep up with the pace set by Bunn. However Bunn pushed the action throughout and won a comfortable decision, with the judges scoring the fight (116-112, 119-109, 116-112) as the 27-year-old from Frankfurt was victorious in his maiden title defence.

Also on the card was 17-year-old Sophie Alisch who put in a superb performance, winning every round against World title challenger Irma Adler on all three judges scorecards in her first eight round fight.

[QUOTE=DuckAdonis;20167703]The only Levent Cukur I can find hasn't fought since 2002, is over 50 years old and has 0 knockouts loooolll I hope it's someone else[/QUOTE] That sounds about right for Braehmer. Not sure why he is wasting his talent…

The only Levent Cukur I can find hasn't fought since 2002, is over 50 years old and has 0 knockouts loooolll I hope it's someone else