Estrada's Trainer Aims For Chocolatito, Does Not Rule Out Inoue Fight

Estrada lost a twelve round decision to Gonzalez when they collided at junior flyweight in 2012.

Caballero did not rule out the possibility that his boxer will not only face Gonzalez, but also head up at some point to bantamweight to face unified champion Naoya Inoue of Japan. 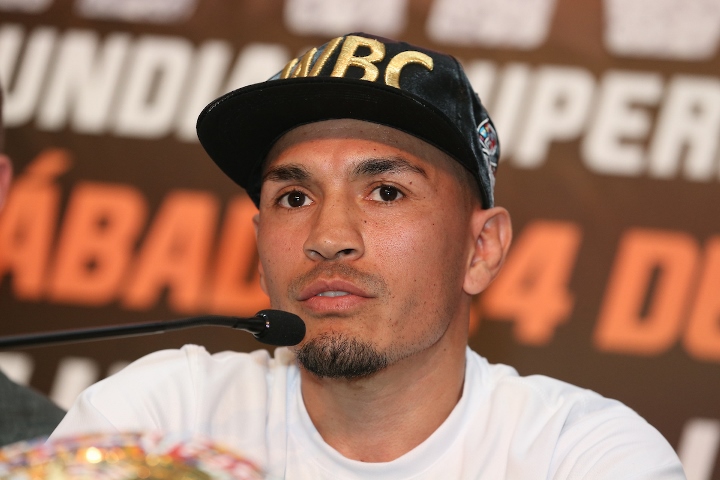 According to promoter Eddie Hearn of Matchroom, he is currently working on a possible card where Gonzalez and Estrada would collide for a second time - possibly in August or September.

He feels strongly that Estrada will be a different man in the rematch - because the first time around he went down in weight to Gonzalez's division.

“We are going to see a different Estrada, they are going to fight at Estrada's weight, super flyweight. On the first occasion he went down to junior flyweight and he hadn't made that weight since he was 12-13 years old, he is an Estrada with more experience," Caballero said to ESPN Deportes.

"I was impressed by Chocolatito with (Khalid) Yafai, I thought it was going to be more difficult, but it is beautiful, I love challenges and Juan Francisco does as well.... to feel that adrenaline and beat the best, because I like being to be number one just like the fighter.

"We can still reach bantamweight and fight Inoue, he is a great fighter. We already saw him in his last fight with Nonito Donaire, I really liked it, but I have to say that these are the kinds of challenges that one is looking for.. Juan Francisco is a great fighter, [to go to bantamweight] he would have to put on more muscle mass, have a different type of preparation and move forward..... he could have a great fight there."

if only these fights would get made instead of just talked about boxing would be the number one sport in the world. Fights that have been talked about for years now and are no closer to taking place: Chocolatito -…

[QUOTE=jonnyc420;20597957]He certainly enters the conversation.[/QUOTE] Yessir I mean Roman isn’t the old Roman he fought the first time but even the first fight at romans weight was razor close, plus he is coming off a great performance against an undefeated…

[QUOTE=Robi13;20597900]If Estrada can find a way to beat those two men he’d be the best out of Mexico in my opinion[/QUOTE] He certainly enters the conversation.