WBC super flyweight champion Juan Francisco Estrada is on a mission for revenge.

Estrada has three losses on his record. He avenged his defeats to Juan Carlos Sanchez and Srisaket Sor Rungvisai - and now there is only one piece of unfinished business remaining on the table.

“I have three defeats. I've already avenged two. In the first loss, the left-handed Sánchez took my [undefeated record] away, the second was against Roman Gonzalez and the third with Rungvisai. The only thing I need to avenge is against Roman Gonzalez. It's been eight years and it hasn't happened. We look forward to that rematch," Estrada told George Ebro. 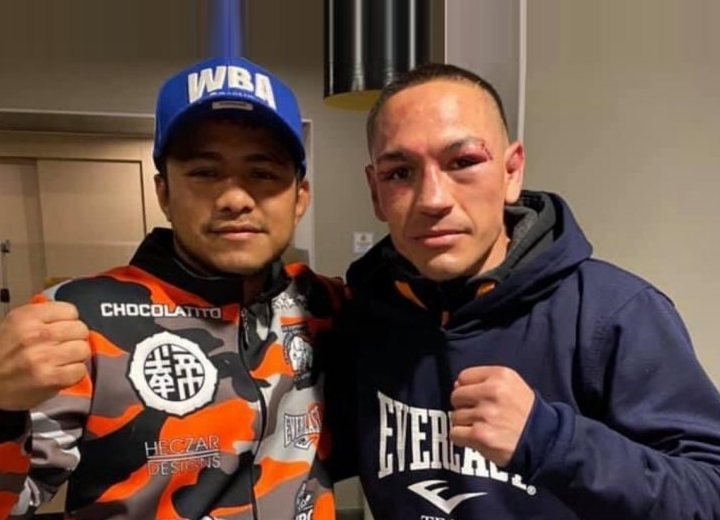 The first bout between the two took place in 2012, at junior flyweight, with Gonzalez winning a twelve round unanimous decision.

“I am very different now. I have more experience. That was my first fight in the United States, my first championship fight against the best pound for pound fighter back then and it was at a weight that wasn't mine. I took the risk for the possibility of the title. It was a great fight and that's why a lot of people want a rematch. The second [fight] will be better,'' Estrada said.

The two champions returned to the ring this past Friday night in Mexico.

In the co-feature, Chocolatito won a twelve round decision over Israel Gonzalez, and Estrada got off the floor to stop countryman Carlos Cuadras in the eleventh round of their main event match.

A rematch is being targeted for the first half of 2021.

Since their first bout, Gonzalez has had a lot of ups and downs.

“Good and bad things have happened to him. He's been able to come back after from being knocked out against Rungvisai. I think that experience has benefited both of us. We are champions, I think we are both in a better moment. All of that, the ups and downs, would make the rematch a better fight," Estrada said.

i'm also one expecting el gallo to beat roman maybe even via stoppage....

This rematch is long overdue. I hope it actually happens. Roman should’ve given him another opportunity years ago.

Was weird how round 3, the round El Gallo got dropped was mysteriously only 2 minutes long. He'll beat Chocolatito though.