Former world champion Juan Francisco Estrada is already in Inglewood, where this coming Friday he takes part in the biggest fight of his career.

The card will be carried by Casa del Boxeo, Azteca 7 and the DAZN streaming service in a co-promotion of Matchroom Boxing and Zanfer Promotions. 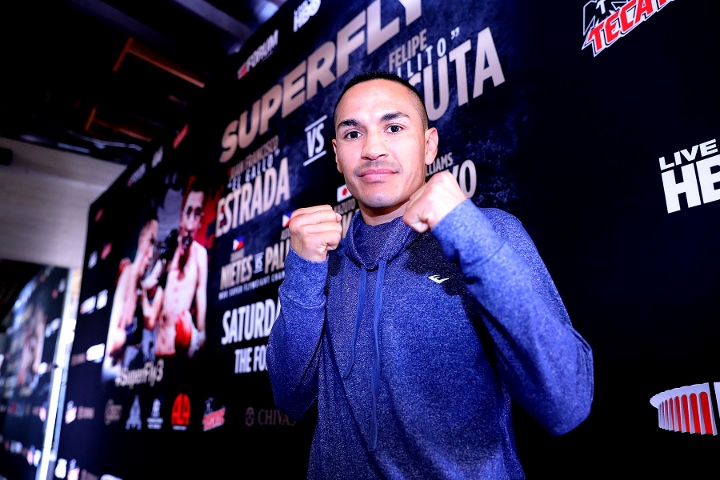 Estrada will seek to become a two-division world champion, after having been world flyweight champion of the WBA and WBO. Sor Rungvisai, will seek to defend his world title for the fourth time, and at the same time give the Mexican fighter a rematch.

Sor Rungvisai won by majority decision in February 2018, in what was his second defense in a memorable war.

The 28 year old Estrada arrives to his rematch in excellent condition, physically and mentality. He knows that this is the most important fight of his career, and he did not neglect any detail in his preparation.

"Rungvisai and I know each other, we know what each of us brings to the table and I am sure that we will offer a great fight. I feel very fast, very strong, we are already in the weight and I am going for the victory, to give my home of Sonora, to my country of Mexico - this world championship - and I want the green and gold belt, it is a dream for me and nobody will stop me from fulfilling it," said Estrada.

Estrada said that the fans will see a renewed version of himself inside the ring, more complete and with more resources, and that the only thing that will change from the first time he faced Rungvisai, is that he intends to come out a lot faster in the early rounds to set the pace and pile up the points.

Ah yes, the #1. vs. #2. in the Super-flyweight weight division fighting for the second time for the lineal championship of the world. In another excellent card. Credit to Sor Rungvisai, In truth I thought Srisaket Rungvisai would of ducked…

Sor Rungvisai is a badass! Going to be a great fight.

I know what the cards said, but did people have the first that close? I had it 8-4 for Sor. Surprised there’s a rematch TBH. Would have liked to see him face Nietes

[QUOTE=JonDelPrado;19683400]Estrada should win this with fast combinations and staying out of the way of Rungvisai’s big melon. I’m not totally convinced he headbutts unintentionally. He would have not beat chocolatito the first time without using the head. Watch the knockdown…