Juan Francisco Estrada wouldn’t allow the judges to determine the outcome of his riveting rematch with Carlos Cuadras on Friday night.

Estrada survived a third-round knockdown and staggered Cuadras several times later in their terrific slugfest before flooring him twice in the 11th round. Cuadras courageously attempted to avoid losing by knockout for the first time in his career, but Estrada hurt him again and their fight was stopped at 2:20 of the 11th round at TV Azteca’s Studios in Mexico City.

Estrada defeated Cuadras by one point on all three scorecards in their first fight, a 12-rounder three years ago in Carson, California. He left no doubt about the outcome in what was an entertaining slugfest between these Mexican rivals Friday night.

The 30-year-old champion also secured his place in a probable rematch with former pound-for-pound king Roman “Chocolatito” Gonzalez in his next fight. Nicaragua’s Gonzalez (50-2, 41 KOs), who soundly out-boxed Israel Gonzalez in the co-feature Friday night, defeated Estrada by unanimous decision in their 12-round, 108-pound title fight nearly eight years ago in Los Angeles.

The 32-year-old Cuadras (39-4-1, 27 KOs) had lost only a pair of 12-round unanimous decisions and a 10-round majority decision before Estrada stopped him. 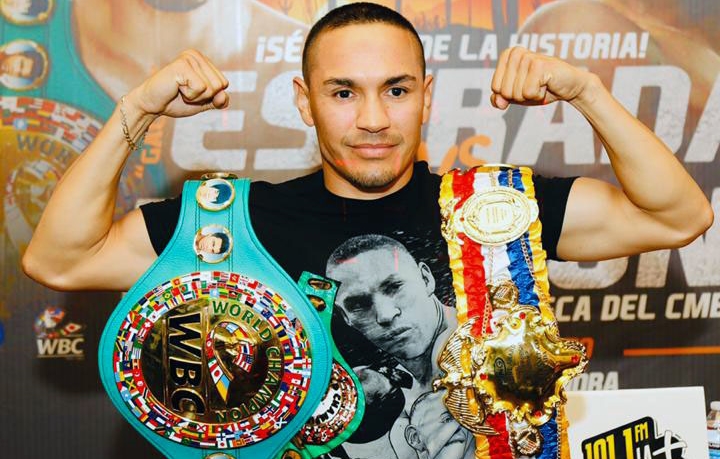 Sensing he was engaged in another extremely close contest, Estrada went after Cuadras at the start of the 11th round and knocked him to the canvas twice.

Estrada’s left hook knocked Cuadras backward and to the canvas 13 seconds into that 11th round. He got up quickly from that first knockdown, but Estrada didn’t allow him to regain his senses.

A right hand by Estrada sent Cuadras to the canvas again, this time face first, with 2:08 to go in the 11th round.

That left Estrada entirely too much time to finish his fatigued, disoriented opponent. Cuadras tried to swing his way out of that trouble, but once Estrada nailed him with a right hand that moved him backward, with his hands down, the referee stopped the action.

Cuadras out-landed Estrada during a 10th round that featured constant action. Estrada, who suffered a cut above his left eye in that round, clipped Cuadras with a left-right combination that caused Cuadras to hold him late in the 10th round.

Estrada nailed Cuadras with a left hook to his body that caused Cuadras to retreat about 45 seconds into the ninth round. Cuadras came back with a barrage of power punches, though, as he had done numerous other times in their back-and-forth fight.

Estrada staggered Cuadras with a right hand a few seconds after the midway mark of the eighth round. Estrada tried to capitalize on that momentum, but Cuardas unloaded numerous power punches and kept Estrada from hurting him again.

Estrada landed multiple left hooks in the opening minute of the seventh round. Cuadras connected with a right uppercut with just over a minute remaining in the seventh.

Estrada nailed Cuadras with a left hook that made him retreat with a little less than 30 seconds to go in the seventh round.

A right to the head by Estrada opened up a left hook to the body that hurt Cuadras and made him move away from Estrada 30 seconds into the sixth round. Cuadras drilled Estrada with a right to the side of his head later in the sixth, but he couldn’t prevent Estrada from unloading on him.

Estrada rocked Cuadras with a right hand early in the fifth round, in which he continued to mount his comeback.

Motivated after getting knocked down during the third round, Estrada went on the offensive during the fourth round. He landed a left to the body and followed up with a left hook up top.

Cuadras clipped Estrada with a right uppercut and followed up with a left hook that sent a stunned Estrada to the canvas in the third round. Estrada answered the count quickly and finished the round on steady legs.

Cuadras caught Estrada with a couple of jabs that slipped through Estrada’s guard during the first round. Cuadras landed a straight right hand just before the bell sounded to end the first round as well.