ESPN’s viewership figures from Saturday night are reflective of a low-profile doubleheader that aired during a traditionally sluggish month for television ratings.

The show headlined by Commey-Beltran aired on a Friday night, whereas the Stevenson-Guevara telecast and its most recent show were televised on Saturday nights.

ESPN is available in approximately 86 million homes in the United States. 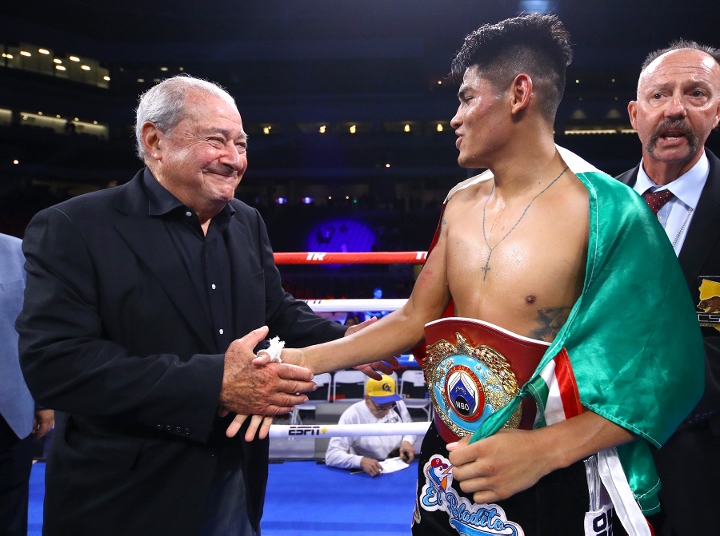 The Benavidez-Collazo cancelation elevated Emanuel Navarrete into the main event. Mexico’s Navarette (28-1, 24 KOs), the WBO super bantamweight champion, knocked out Francisco De Vaca (20-1, 6 KOs), an unbeaten but unknown challenger from Phoenix, in the third round of their scheduled 12-rounder.

Las Vegas’ Magdaleno couldn’t continue due to a cut over his right eye, the result of an accidental elbow during the ninth round. Magdaleno previously suffered a cut across the bridge of his nose during the fourth round.

Magdaleno, who dropped Rivera with a left hand in the ninth round, was way ahead on all three scorecards when their scheduled 10-round encounter was stopped (89-81, 89-81, 88-82).

[QUOTE=Stokely;20033973]Lmao you mad because Top Rank flopped again? 471k average viewership on a national television LOLOLOL[/QUOTE] Why are you trolling on a weeks old thread, loser? You do know FS1 is in 98% as many homes as ESPN and the…

[QUOTE=Bob Haymon;20002978]The networks aren't usually the ones releasing them. Why is it that you can't find peak numbers for Showtime's much more succesful programs like Ray Donovan or for NASCAR on FS1? Are the networks not happy with those programs?…

[QUOTE=Motorcity Cobra;20002933]These are public numbers. You can see these numbers on sites like showbuzz daily. Wtf are you talking about? Peak numbers are part of the subscription package, which costs millions a year, and those are released by the network…