A loaded night of exciting undercard fights will feature top contenders and rising prospects stepping into the ring as part of a blockbuster event headlined by the welterweight title unification between Errol "The Truth" Spence Jr. and "Showtime" Shawn Porter Saturday, September 28 from STAPLES Center in Los Angeles. (photo by Ryan Hafey) 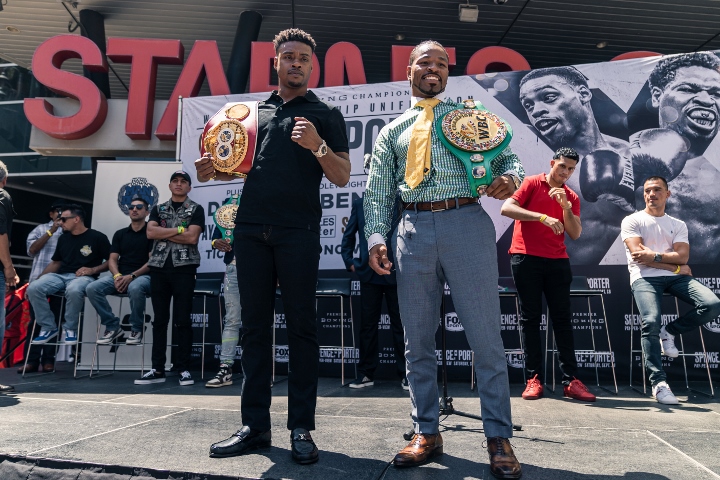 [QUOTE=Roadblock;20065204]Its live free to air on fox sports,,, in Australia .[/QUOTE] Holly crap batman. I can't believe it. Living in Australia benefits us in boxing for once. So your saying if I have fox sports I can watch for free??…

Good card. I am cheering for it to do well. I am just way too cheap to do the PPV prices without like 5 or 6 friends chipping in.

Spence vs Crawford is the only welterweight fight that has mattered for years now. Little ass Garcia and Porter, we already know Spence has beaten and will beat.

Shaping up to be a good card.

Its about time this fight got mentioned.