Angel Garcia, his father and trainer, made sure, however, that none of the officials assigned to their welterweight title fight are from the state of Texas. BoxingScene.com has learned that the Texas Combative Sports Program has approved judges from three separate states, as well as an out-of-state referee, to officiate their 12-round, 147-pound championship match Saturday night at the Dallas Cowboys’ AT&T Stadium in Arlington, Texas. 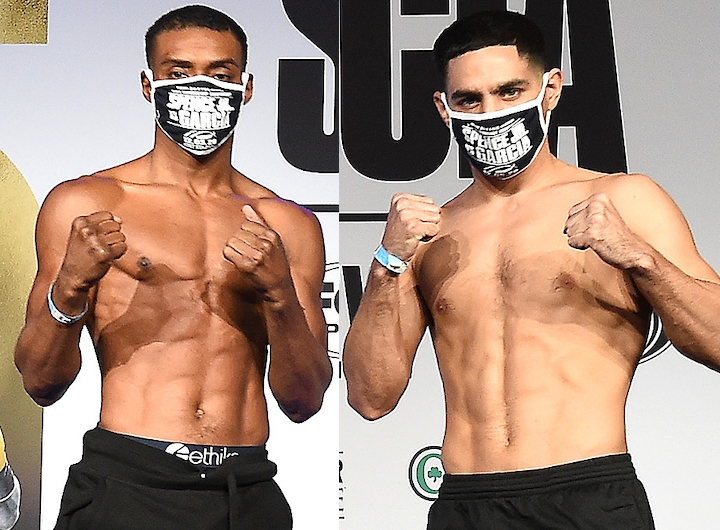 The 30-year-old Spence is a native of DeSoto, Texas, a suburb of Dallas. The 32-year-old Garcia was born and raised in Philadelphia, and resides in Pottstown, Pennsylvania.

Cheatham and Weisfeld are experienced judges who’ve worked high-profile fights in various states. They also have been among the most active American judges in the sport during the COVID-19 pandemic.

Spence-Garcia is by far the biggest assignment in Lindenman’s 21 years as a professional judge, though.

On Saturday night, Spence (26-0, 21 KOs) will defend his IBF and WBC welterweight titles against Garcia (36-2, 21 KOs), a former WBA/WBC junior welterweight and WBC welterweight champion. Their fight will headline a four-fight pay-per-view show that costs $74.99 to view in HD and is scheduled to start at 9 p.m. EST and 6 p.m. PST.

Sweeet No Kenny Useless Should be a clean fight

We hope the new referee will not allow repeated fouls comparable to the most infamous Texan referee who allowed Salido to repeatedly low blows Loma.

I feel like the same 5-10 judges or so judge every major fight & idk if that’s good or bad anymore Side note: I think it would be cool to have another set of judges judging the fight. Have 3…

A big fight like this absolutely needs a qualified-neutrals judges and referee. It will be interesting to see what remains of Spence after this hard KO loss (car crash) and as well after his 14 month of inactivity. Garcia by…