Erislandy Lara: Brian Castano "A Must-Win Fight For Me'

Cuban southpaw Erislandy Lara has “a must-win fight” with Argentina’s WBA “regular” 154-pound champion Brian Carlos Castano, a hammer-fisted 29-year-old brawler he could meet in an early spring bout confirmed to be in the works by their respective mangers, Sebastian Contursi and Luis DeCubas Jr.

The 35-year-old Lara (25-3-2, 14 KOs) lost a 154-pound unification against Jarrett Hurd (23-0, 16 KOs) in his last fight April at Barclays Center in New York, being floored in the final round of a split-decision that added Lara’s WBA “super” world championship to the IBF version Hurd already owned.

Lara will try to regain a version of his crown from Castano (15-0, 11 KOs), who is coming off a 12th-round TKO of southpaw Cedric Vitu for his second defense in March.

“I would have to say this is a must-win fight for me, but I’m confident in my abilities and preparation going in to this fight,” said Lara, who lost his status as the junior middleweight division’s longest reigning champion.

“A win against a younger fighter like Castano will let everyone in boxing know that I’m still an elite fighter, one who will regain his world champion status in the near future.” 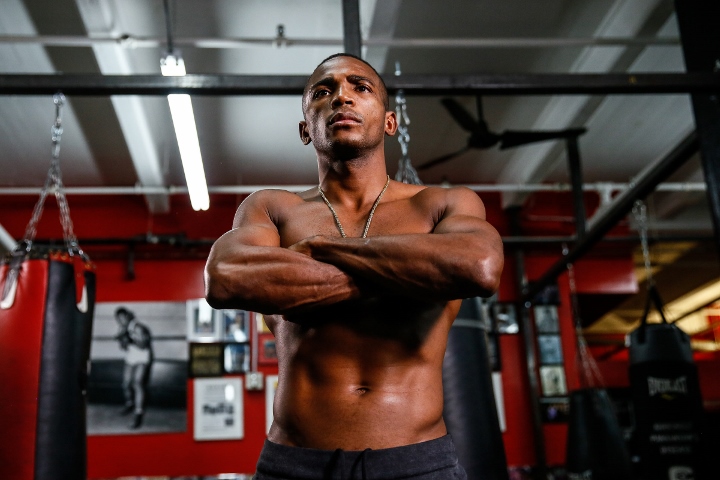 Prior to Hurd, Lara contended he still should have been unbeaten. Lara’s disputed majority decision loss to left-handed former two-division world champion Paul Williams in July 2011 came under such scrutiny that the New Jersey State Athletic Control Board indefinitely suspended all three judges.

“The American Dream” outworked and out-landed Canelo Alvarez during a split-decision loss in July 2014, and draws with former champion Carlos Molina in March 2011 and title contender Vanes Martirosyan in November 2012 are the only other blemishes on Lara’s record.

“I’ve fought some very talented fighters during my career, and, to be honest, some say I should be undefeated. But a few bad decisions didn’t go my way, and here I am,” said Lara.

“I’ve been in some of the biggest fights in boxing to go along with my extensive amateur career. I’ve been here and done that already, and when it’s all said and done, my resume speaks for itself, so all of the pressure is on [Castano.]”

“This won’t be an easy fight. Castano is a very talented fighter who is very big for the division, and yes, he’s dangerous. He’s never tasted defeat, so he doesn’t know what it’s like to lose,” said Lara.

“He’s got some power and he’s fought some of the best fighters while in the amateurs, but he’s never been in the ring with a fighter like me. I feel I have at least three to five more years left in me. I still feel young.”

Hurd was too big for Lara, yet Lara still hung in there and would've won but for the KD. This Castano is big too... although not quite as much firepower as Hurd. Lara has more experience, and he has some…

Lara in many eyes is undeafeted. Maybe all of the L’s should’ve been draws. He might draw again. Good luck to him. Dude has a couple years left in the tank.

Sh^t in boxing every fight is a must win fight more or less. At the top ten level it is anyway. Fans too hard on boxers after L's in boxing. Be the #3 guy in the division on Saturday morning…

[QUOTE=Mexican_Puppet;19409431]A guy from Puerto Rico send him to the canvas[/QUOTE]That's called a knock down, not a knock out, you do know the difference???

[QUOTE=otrocubiche;19409317]Unless he is completely shocked from last fight, any version of Lara plays with Castaño, he took everything from Hurd and went down only once in the last round, I don't think Castaño hits as hard or throws as much…