Erik Morales Fires Back at Juan Manuel Marquez: You Didn't Want To Fight!

The situation first began when Morales explained that unlike Marquez he didn't need four fights to get a win over Manny Pacquiao. 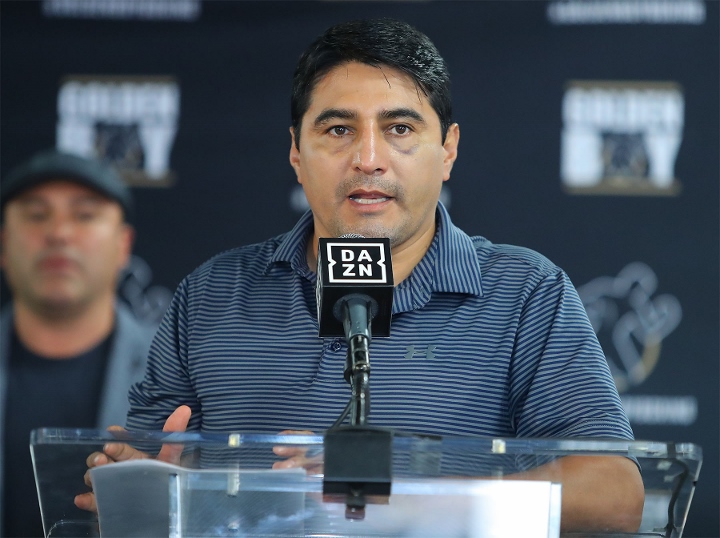 After being advised of Morales' comments, Marquez fired back with a response of his own, stating that he was cheated in the first three fights and that's why Pacquiao continued to face him.

Marquez also claimed that Morales and his handlers did everything possible to avoid a fight with him.

Morales disputes that claim - and says it was Marquez who backed away from his approaches.

"That [fight] was never done because of Marquez. On my part, we did everything that was necessary to make it concrete," Morales stated in an interview with Jessie Vargas.

Morales explained that he personally asked Eric Gómez and Robert Díaz - two executives from Golden Boy Promotions - to try to finalize that fight with Márquez, but there was never an agreement.

"I spoke to them [Eric and Robert] and we tried to close the fight once, when [Marquez] went to Top Rank, he didn't want to do it. Instead of [me having the fight with Marcos] Maidana, it could have been with Márquez. Instead of the second fight with Danny Garcia, I could have fought Márquez... he did not want to,” Morales said.

And regarding Maquez's jabs over Morales getting knocked out on two occasions by Pacquiao - Morales made it clear that he was killing himself to make the weight limit of 130-pounds and Pacquiao refused to face him at a catch-weight of any kind.

On other hand, Morales says Pacquiao was willing to face Marquez at every possible weight.

[QUOTE=soul_survivor;20600000]Ok it took a week for you to come up with that. Thanks![/QUOTE] You dumb fool, my life doesn’t revolve around reading stuff on here written by. O plate idiots like you. As before, go stand in the corner face…

[QUOTE=soul_survivor;20585508]You might wana go look into why JMM v Hamed never happened. But its up to you.[/QUOTE] I told you, go stand in the corner and be quiet! The grown ups are talkin.

When Morales was on top Marquez was nowhere on his radar. He slighted Juan because he wasn't a huge box office draw not only in America but also in Mexico. He considered him an unknown fighter. However, it wasn't until…