Ergashev Destroys Fredrickson in the Third Round on 'ShoBox'

Shohjahon Ergashev tore through Sonny Fredrickson in what was supposed to be step up in class Friday night.

The powerful southpaw from Uzbekistan stopped Fredrickson in the third round of a junior welterweight bout scheduled for eight rounds in Verona, New York. Ergashev’s victory was the first of three bouts broadcast by Showtime as part of a “ShoBox: The New Generation” tripleheader from Turning Stone Resort Casino.

The undefeated Ergashev, 26, has knocked each of his 12 professional opponents. Only one of his 12 bouts has lasted beyond the third round. 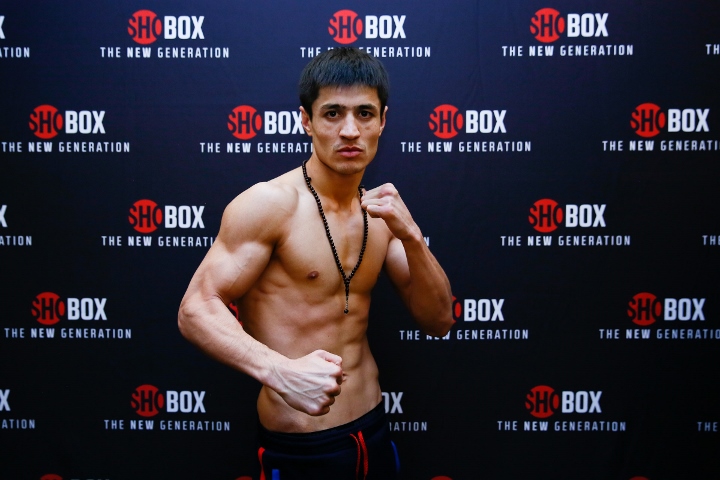 An aggressive Ergashev wobbled Fredrickson by landing a left hand with just under two minutes to go in the third round. Fredrickson went down a few seconds later, but referee Benjy Esteves ruled that Ergashev pushed him down.

Ergashev established himself as the harder puncher almost immediately. He landed a straight left hand that knocked Fredrickson backward, into the ropes, early in the first round and seemed to affect Fredrickson with several other shots later in the first.

Just watched it, impressive from Ergashev, it was a clear mismatch after the first few seconds, when Sonny looked like a deer in the headlights from the first landed punch, pretty crazy step up in competition considering Ergashev's last 2…

Sonny looks like a 16 year old boy, but he's 23. Two things: 1. Ergashev started it - he put his face right into Sonny's and started walking like a robot into his face. 2. Is Sonny's dad white? How…