Ennis' Manager: Fight Against Crawford Would Be One-Sided

ATLANTIC CITY – Cameron Dunkin is as informed as anyone about Terence Crawford’s greatness.

Dunkin was Crawford’s co-manager throughout the three-division champion’s ascent from unknown prospect to arguably the best boxer, pound-for-pound, in the sport. As much respect as Dunkin maintains for Crawford’s capabilities, Dunkin is convinced that the unusually talented welterweight he currently promotes is ready right now to beat Crawford.

Dunkin doesn’t expect Crawford to give Jaron Ennis a title shot at any point in the foreseeable future. Ennis, who’s the WBO’s 13th-ranked contender for Crawford’s 147-pound championship, would be a high-risk, low-reward type of opponent for Crawford (36-0, 27 KOs). 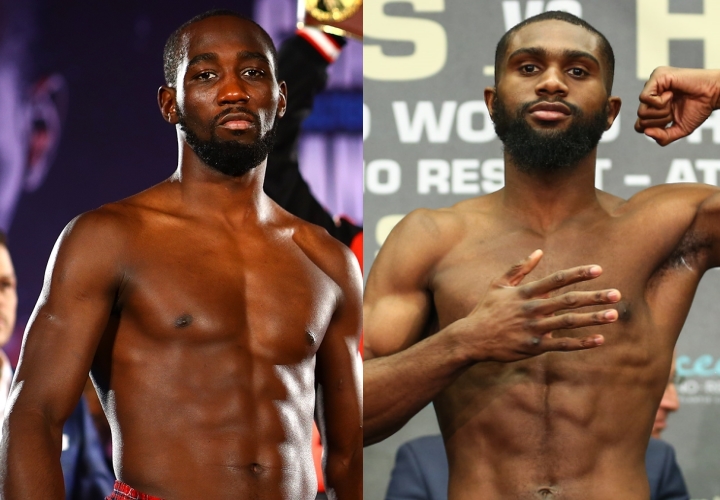 If it were to happen, however, Dunkin can’t envision the 32-year-old Crawford defeating the 22-year-old Ennis.

Some might consider Dunkin’s take on a Crawford-Ennis encounter biased because Dunkin no longer is involved in Crawford’s career.

Regardless, Dunkin and many others are very high on the skills Ennis displayed while battering Bakhtiyar Eyubov on his way to a fourth-round stoppage Friday night at Ocean Resort Casino’s Ovation Hall. Ennis knocked down Eyubov (14-2-1, 12 KOs, 1 NC) twice in the first round and won when Eyubov was still on his feet.

Philadelphia’s Ennis (25-0, 23 KOs) is widely viewed as one of the top prospects in boxing, but Dunkin has had difficulty getting welterweight contenders to fight him. The 2015 national Golden Gloves champion hopes to remain very active this year, so that he can secure a title shot by the beginning of 2021.

“Like I said before, we been trying to get these guys in the ring,” Ennis said following his victory over Eyubov. “These top-10 guys, these top-15 guys, they don’t wanna fight me. So, I’ve gotta fight who they put in front of me for now. And until [then], like I said before, I’m just gonna keep winning, keep doing my thing, keep showing the world my talent, and keep getting better, faster, stronger, smarter, defense tighter and keep winning.”

Based on what Dunkin has seen so far from the skillful, smart, strong Ennis, he considers Ennis the best boxer he ever has had under contract.

“He’s the best fighter I’ve ever signed – bar none,” Dunkin said. “Including Crawford, including [Nonito] Donaire, including [Mikey] Garcia, Diego Corrales, Timothy Bradley. I can go on and on. I’ve had 35 world champions, but no one like this, not even close.”

[QUOTE=MPDKSAB;20328083]Reading is fundamental. You're taking what I said out of context.[/QUOTE] Words have no meaning without context. In future ensure your words is a representation of what you actually mean. In layman terms “ say what you mean and mean…

Dunkin has this to say for ennis until somebody beats his man and the hype stops like Dunkin has never said a thing.

What the f[I]uc[/I]k people bashing a 22 Jaron Ennis. HELL! Jaron Ennis have age in his side and a lot time to perfect his craft, before fighting the likes of Crawford. People are impatience. This youngster is going to become…