After receiving intense and constant punishment in the high and low planes by the promising Puerto Rican boxer, Delgado decided not to come out for the fifth round.

"I'm happy with the result of the fight because Delgado had lasted the distance in close fights with great fighters at 122 pounds and with me this was in his weight of 118," said Rodriguez. 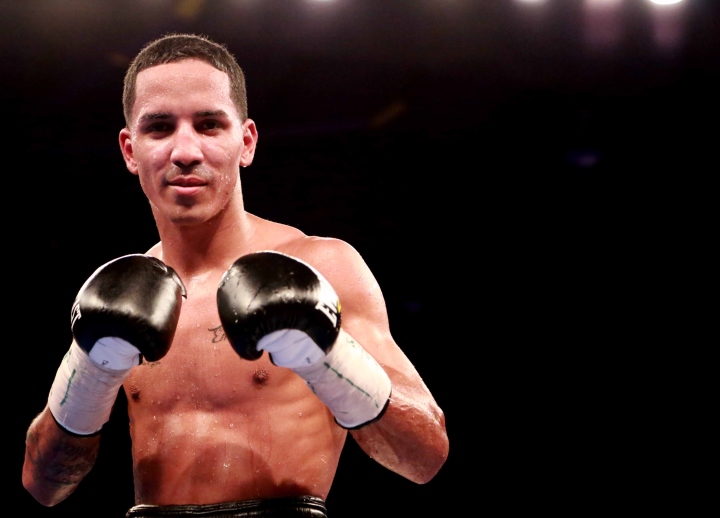 "I felt that I dominated the whole fight, but I could not trust overlook things because Delgado did not back off. He disguised things well and one thinks of a possible b-plan coming and him, getting more technical and then re-tightening the fight, but it all ended in the fifth round. When you fight an opponent who has defeated boxers like César Juarez and Meserito Rodriguez, you are waiting for a war from the beginning to the end," said an excited Rodriguez.

In other bouts, at junior welterweight Subriel Matías Matthew (7-0, 7 KO) of Fajardo won by TKO in the 26 seconds of the second round against Mexican Luis Alberto 'Tortas' Pelayo (14-8, 8 KO ).

In a female amateur boxing match at 106, Teichmarie Lopez de Naguabo beat Kina Delgado of Caimito by way of 3-2 in a thrilling match.

Good win for Manny as he continues along and good progression also for Subriel "Browny" Matias who is now 7-0-7 KO's with another KO win. Lots of prospects to keep an eye on out of P.R. Somebody has to rise…

This kid is the real deal , forget about verdejo ... manny tha beast ...

#WarRodriguez a real nightmare for anyone around his weigh class.

Ah man I didn't know Manny Rodriguez fought tonight. Gonna have to catch this on youtube in a little bit.