“The sky is the limit for me and my team,” said Rodriguez who’s on a mission in Glasgow to prove people are wrong about making Inoue a favorite in the hotly-anticipated bout of two unbeaten warriors.

“I am well aware that I am fighting a guy considered the best by reporters and fans, but I have been waiting this moment my entire life. I always wanted to fight the best. We are going to go in with all the tools and I can tell you that we will get nothing but the victory and shut up some people's mouths. On May 18 I will still be the world champion and I will go all the way and take home the trophy to Puerto Rico.” 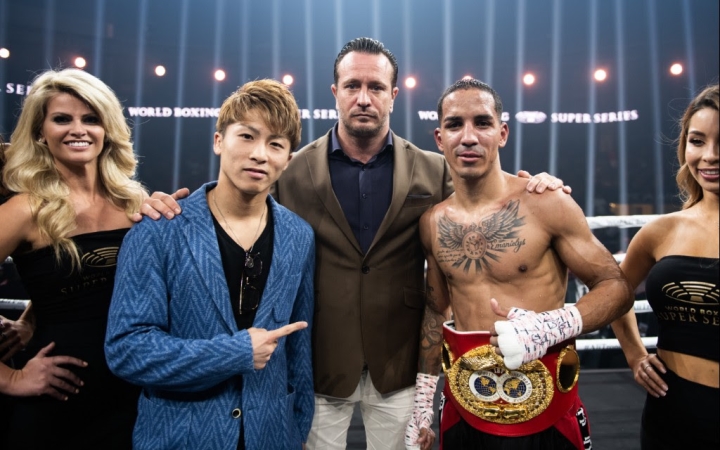 Inoue has predicted a KO win, and Rodriguez expects to win by KO or a unanimous decision. “I will win no matter what, that’s my prediction,” said the highly-skilled who trained in Cuba prior to the semi to fully concentrate on Inoue.

But whoever is in front of him in the World Boxing Super Series, Rodriguez feels well prepared.

“We have studied every fighter way before the tournament. We got this.”

Tickets for the Monster WBSS Semi-Finals night, Ivan Baranchyk vs Josh Taylor and Naoya Inoue vs Emmanuel Rodriguez on 18 May at The SSE Hydro in Glasgow, Scotland are on sale now from TheSSEHydro.com

I'm excited. Watched him live, the kid is imposing in the ring

This right here is one of the best fights of the year. I favour the monster, but Rodriguez is one tough cookie and a great fighter too. This guy is vastly underrated.

Ive always liked Rodriguez. He is your classic, txtbook boxer-puncher with respectable power and body punching ability but he doesnt have special qualities. Nothing really stands enough to make me believe that Naoya can’t handle this guy. Im sure Rodriguez…

I see this as a matchup of two different levels of fighter. Rodriguez is a good fighter, Inoue is a great fighter. There is no category where Rodriguez has an edge. Inoue is faster, far more powerful and has far…

Go Manny, Puerto Rico is with you...that fight remember me Gómez v.s Zarate....the mexican was an assasin, but the puertorrican was the best...Manny by ko in 5 rounds...