Emmanuel “Manny” Rodriguez feels fortunate to receive the opportunity that he will have on December 19, when he fights for the World Boxing Council (WBC) bantamweight world title against four division champion Nonito Donaire.

These will face each other in the main event of a Showtime televised card, which takes place at the Mohegan Sun Casino in Unscaville, Connecticut.

In May 2019, the Puerto Rican fighter suffered a tough loss when he was knocked out in two rounds by Japanese superstar Naoya Inoue in a WBA/IBF unification as part of the World Boxing Super Series tournament.

Donaire was also part of the WBSS tournament and lost a twelve round decision in a Fight of The Year effort against Inoue. 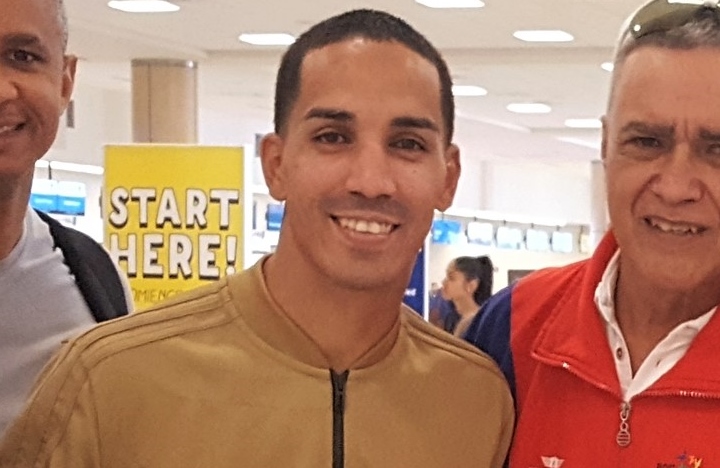 As BoxingScene.com first reported a few weeks ago, Ouabaali was pulled from the fight after testing positive for COVID-19.

As a result of his inability to face Donaire, who is the mandatory challenger, the WBC sanctioned a fight with Rodriguez for the vacant belt. The winner will have to face Ouabaali.

"This fight is to show that [my loss against Inoue] happened and we are back on the map," Rodriguez said to Carlos Gonzalez. "Not all boxers get a second chance at a world title after a loss, but against Donaire I will make the kind of fight that everyone was used to seeing from me.

“Donaire is a future Hall of Famer, without question. I am proud to be able to fight him and he deserves respect, but he's received a lot of punishment during his career, he just turned 38 years old and the movements should not be the same. He is not being looked down upon, but I have many advantages due to age. He made a great fight to Inoue, however he took too many punches. Donaire is a legend, but on December 19 he will have to deal with me.

"I can't afford to lose. Coming from a loss and fighting for a world title is not an opportunity given to just anyone. Mentally and physically I am fresher than Donaire."

beware of the devastating left hook! remember the dent on montiel's temple? and broken eye socket of inoue? it is no joke.

[QUOTE=ThunderFists;20922381]What? This is a title fight? I thought oubali had the wbc[/QUOTE] The WBC, on behalf of Mauricio Sulaiman, declared Oubaali as “champion in recess”. As soon as he returns to the ring, he’ll be allowed to fight the winner.…

Make or break for Rodriguez

Once the Filipino Flash got him it will be timberrrrr.:boxing:

This is the same guy that when Luis Nery came in just a pound over 118 he decided not to fight. Wasted an entire camp and missed out of a six figure payday. He should just keep his mouth shut…