Emmanuel Rodriguez: I Can't Afford a Loss To Luis Nery

Emmanuel "Manny" Rodriguez is getting himself prepared for a very tough test, scheduled for next Saturday night.

Six months after suffering his first defeat, the fighter from Veracruz will return to the ring to face undefeated Luis “Pantera” Nery in a battle of former world champions at the MGM Grand, in Las Vegas, Nevada.

The contest will be part of the undercard to the heavyweight rematch between Deontay Wilder and Luis Ortiz, who collide for the WBC world titles. 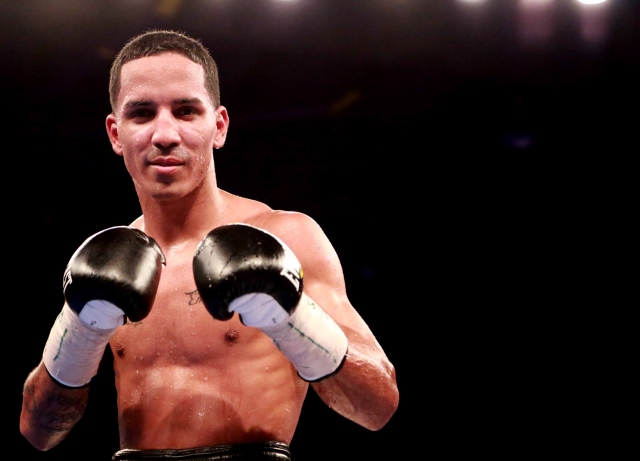 Rodriguez is very eager to get back in the mix for bantamweight world title fights with a win over Nery.

“This fight defines many things. The fight with Naoya (Inoue) was important. On this occasion, it is not permissible to come away with a second defeat. It's a goal to beat him (Nery),” Rodriguez said to Jorge Ayala.

Nery is ranked highly under the WBC and comes in from getting a knockout victory against Juan Carlos Payano in July of this year. The Mexican is 30-0 with 24KO's.

Rodriguez is coming back from a two round knockout loss at the hands of Inoue, which took place earlier this year.

“Inoue has many advantages over Nery, but they are positioned as one and two. Nery is ranked as the second for the achievements he has had. We will use our intelligence. The work we have done is to be victorious,” said Rodriguez.

For his part, Rodriguez's coach, William Cruz, indicated that they have worked to strengthen the skills of the Puerto Rican fighter, who is 19-1, 12KO's.

“Manny was world champion. At that level you cannot think of opponents being inferior to you, that they have not developed as you have. Technician and tactician, we have many things above (Nery), who depends on his power and that has favored him because he has not faced a guy like Manny Rodriguez. On November 23 they will realize what Manny Rodríguez has,” Rodriguez said.

Wtf is the point of the the weigh in if a fighter gets to fight even if they're over the limit? Absolutely ridiculous. Boxing must be the only sport where known cheaters can come back and compete. I hope Rodriguez…

Well he got that right. Im glad he understands the impottance of this fight for his career i know manny got the skills to beat him its his mental strenght thats in question though it will be answered where his…

[QUOTE=just the facts;20194959]The crappy part is when this happens most of the time the fighter who made weight has to take the fight at a obvious disadvantage or not get paid.[/QUOTE] Yeah man that sucks, its like Manny Rod will…

[QUOTE=1hourRun;20194886][img]https://i.imgur.com/LIB8b0a.gif[/img] I hope not, Nery should of been stripped of his WBC rankings the last time vs. Payano for missing weight after being given another chance, when is it enough? This guy is totally unprofessional, I hope Manny Rod kicks…

[QUOTE=just the facts;20193305]If Nery comes in overweight or fails the PED test, does Rodriguez have to fight him anyway?[/QUOTE] [img]https://i.imgur.com/LIB8b0a.gif[/img] I hope not, Nery should of been stripped of his WBC rankings the last time vs. Payano for missing weight…