The super bantamweight champion of the World Boxing Organization, Emanuel 'Vaquero' Navarrete, did not rule out a fourth defense of his belt in December, and he said he was hopeful that it will be a unification against WBC champion Rey Vargas, who was in Las Vegas last Saturday to watch Navarrete triumph over Miguel Elorde.

Navarrete blew away Elorde with ease, as part of the Tyson Fury-Otto Wallin undercard from the T-Mobile Arena in Las Vegas. 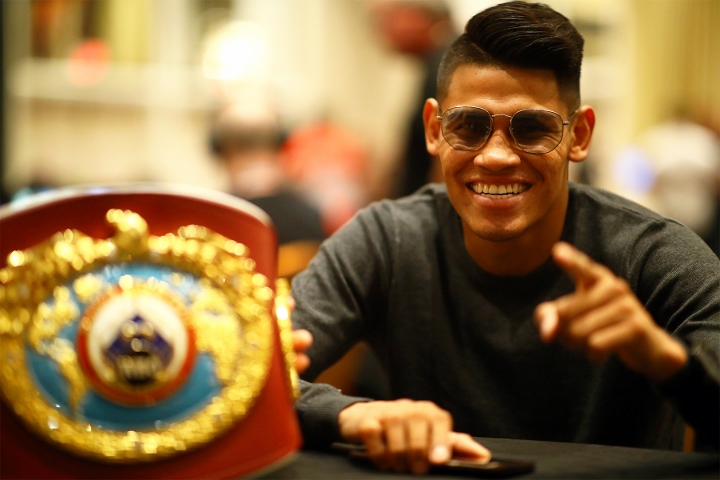 "We don't know if we are going to make a fourth defense, but it is done, we are ready for December," Navarrete said to ESPN Deportes.

"Let's see, I would like a unification with Rey Vargas, they say he wants to fight me, I don't know if he will step up after what he saw on Saturday."

Navarrete mentioned that if he can't get Rey Vargas, or the other champion of the division, Daniel Román, he would like to face someone like Guillermo Rigondeaux, who someone mentioned to him, but if not, then he would be ready to move up to 126 pounds in search of another world championship.

"We are enjoying the moment very much, we want to continue with this good run, obviously rest a little because the last two defenses were done in less than a month, but if they tell me that I can make a defense in December - we will grab it," Navarrete said.

[I] hi[/I][QUOTE=apocalypto;20072288]It would be a great fight but vargas cuts very easy and doesnt have enough fire power to keep him off.[/QUOTE] When has Rey Vargas been cut?

[QUOTE=Travis scott;20072683]Dude a weight bully first time he fights at his real weight it's over[/QUOTE] Elorde was taller than Navarrete and Dogboe is a dwarf.

The fight I really Want! Make It Happen!

[QUOTE=Travis scott;20072683]Dude a weight bully first time he fights at his real weight it's over[/QUOTE] How so? He hasn't struggled to make weight and was able to make 122 twice in 2 months. If he was a weight bully he…

Probably will happen Bob got options on Navarrete I'm sure so he will keep it in house. make the fight