WBO super bantamweight world champion, Emanuel "Vaquero" Navarrete of Mexico, finished the strong stage of preparation in Tijuana, with a view to what will be the second defense of his title, and was reported to be in excellent physical and emotional condition and on weight to face an undefeated challenge.

The fight will headline an event being staged by Zanfer and Top Rank that will be broadcast in Mexico by Azteca, and in the United States by ESPN. 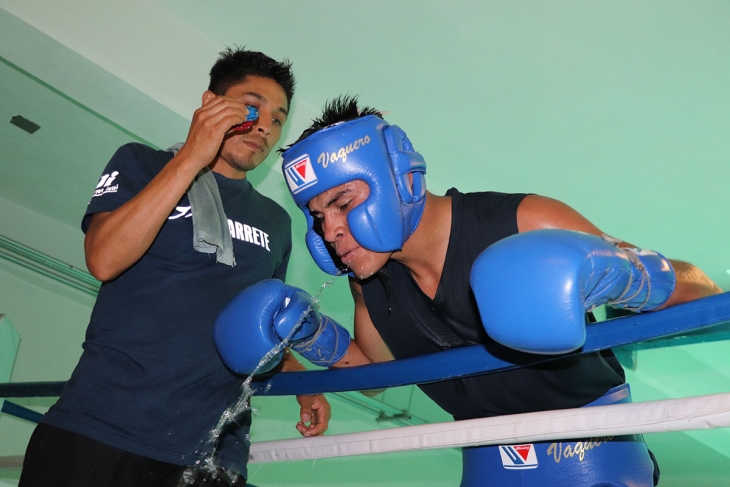 Navarrete closed things out with twelve rounds of work, with three sparring partners. With one, he worked on power, with another speed and with another on positioning himself in the ring.

The world champion finished the day with a focus on condition, his recovery factor was immediate, his blood pressure was prefect for a high performance athlete - and weight, just one pound above the limit, without diets, 7 days before getting on the official scale.

Navarrete returns from two triumphs over Isaac Dogboe, one to proclaim himself world champion in December of last year, and then an immediate rematch earlier this year where the Mexican boxer closed the show with a knockout.

"We have made a great preparation, we want to be a champion for long and for that we have prepared ourselves thoroughly. We are ready for whatever my opponent brings and we will achieve a victory that allows us to think about unifying the title," said Navarrete.

On the horizon for Navarrete, are the names of Rey Vargas, Daniel Román and Guillermo Rigondeaux, among others, but first he must overcome his young, undefeated challenger.

Rivera is a gym partner of the Navarrete and they even trained together and sparred, so he also brings a world champion level preparation.