LAS VEGAS – Emanuel Navarette needed nearly 11 rounds Saturday night, but he got the knockout most expected on the Deontay Wilder-Tyson Fury undercard.

Mexico’s Navarette stopped the Philippines’ Jeo Santisima at 2:20 of the 11th round to retain his WBO junior featherweight title at MGM Grand Garden Arena. Navarette never knocked down Santisima, but referee Russell Mora determined Santisima shouldn’t continue after absorbing an accumulation of punches.

Navarette (31-1, 27 KOs) successfully defended his WBO 122-pound championship for the fifth time against Santisima (19-3, 16 KOs), the WBO’s fourth-ranked challenger for his title. The 25-year-old Navarette was regularly listed as a 30-1 favorite to beat Santisima, who had his 17-fight winning streak snapped.

An overhand right by Navarette knocked Santisima into the ropes with about a minute to go in the 11th round. Navarette continued hammering him with hard shots until Mora decided Santisima had taken enough punishment. 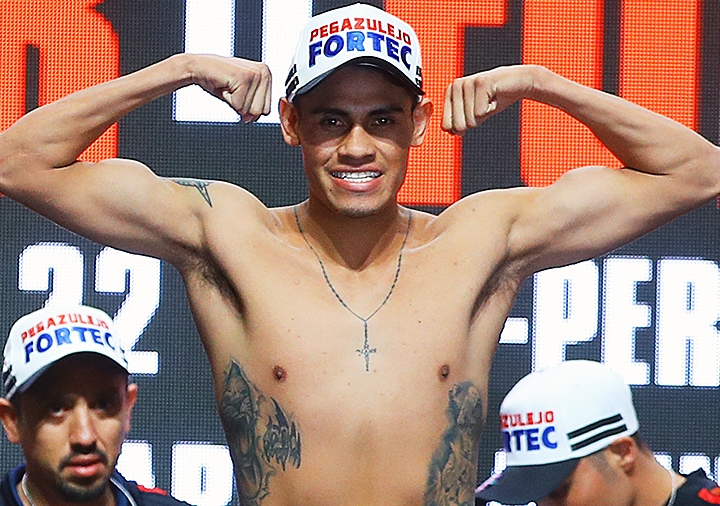 A crisp combination by Navarette affected Santisima with about a minute to go in the 10th round.

A counter left hook by Navarette snapped back Santisima’s head with just over a minute remaining in the sixth round.

Navarette nailed Santisima with an array of punches in the final minute of the fifth round. Santisima backpedaled away from him when Navarette really began unloading.

Santisima hit Navarette with a left hook that knocked him back into the ropes with just over a minute to go in the fourth round. That shot landed on Navarette’s neck and appeared to knock him off balance more than it hurt him.

Navarette came right back and threw right hands at Santisima.

Not much happened in the first two rounds, but Navarette landed a hard left to Santisima’s body about a minute into the third round that made him retreat and move around.

Navarrete is the best 122 hands down