Elwin Soto Destroys Javier Rendon in The First Round

Elwin "La Pulga" Soto secured a big win before his people and showed why he is the WBO junior flyweight world champion by winning an effective knockout at 2:41 of the first round over Javier "Pumita" Rendón.

The bout was a non-title clash in what was the headline fight of the night at the Auditorium of the State of Mexicali, Baja California, in a Zanfer Promotions function in co-promotion with Nájera Boxing.

The two fighters were measuring each other when the current champion connected  with a wild left hook to the soft areas of Rendón's body, which caused him to immediately fall down in pain and he could not get up before the count of ten by the referee. 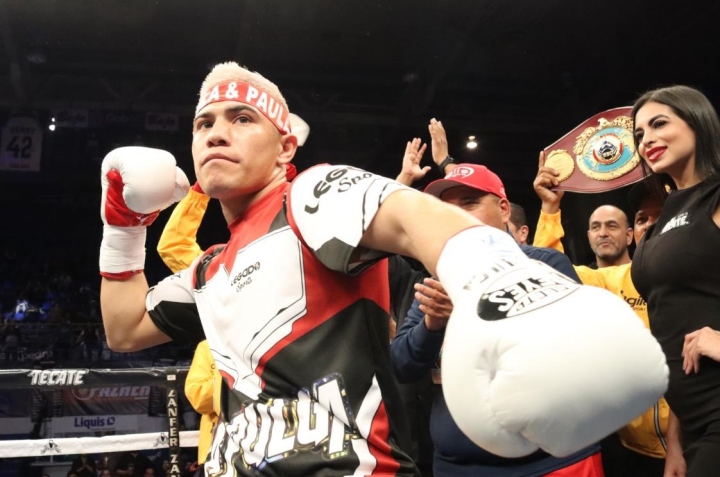 "I am very happy, although I would have liked to give my people more action, more of a spectacle, but the knockout came quickly. I want to unify my title with everyone else, I asked Zanfer and Fernando Beltrán to get me those unification fights," said a happy Soto

David Potrero defeated David Vega by 1:38 of the third round

Norberto Martínez won by technical knockout at 1:36 of the fifth round against Adrián Camacho.

Ramón Espericueta beat Rafael Flores by TKO at 2:58 of the second.

He!!uva body shot. Rendon just wasn't into the fight from the word go. Didn't appear to have any concentration or aggression at all. Now we'll see how Soto does on a proper title defense. Wonder who's next? Teraji longest reigning…

That's the way to do it!