In less than 3 weeks Gervonta Davis (22-0) will attempt to become a two-division champion when he faces Yuriorkis Gamboa (30-2) at the State Farm Arena in Atlanta, Georgia.  The vacant WBA world lightweight title will be at stake in the Showtime main event.

This will be Davis' third fight of 2019.  In February he blasted out late replacement Hugo Ruiz in 1 round and then in July he took care of his mandatory obligation by stopping Ricardo Nunez in the 2nd round of their bout.

The 25-year-old Davis fought above the super featherweight limit early in his career but this will be his first fight as a full fledged lightweight.  Mayweather Promotions' CEO Leonard Ellerbe, who promotes Davis, expects his fighter to be even more explosive at this higher weight class.

"I think he will be much stronger at 35. I think he is at a point where he can make 35 and he can still make 30.  Tank is in the driver's seat with anything that he is doing. Each and every one of his fights are events. It kind of reminds me of back in the late 80's - Mike Tyson - where you just line the guys up and it doesn't matter who he fought. Again, Tank is of the mindset that he wants to fight the top guys out there and I think all that happens," Ellerbe told BoxingScene.com. 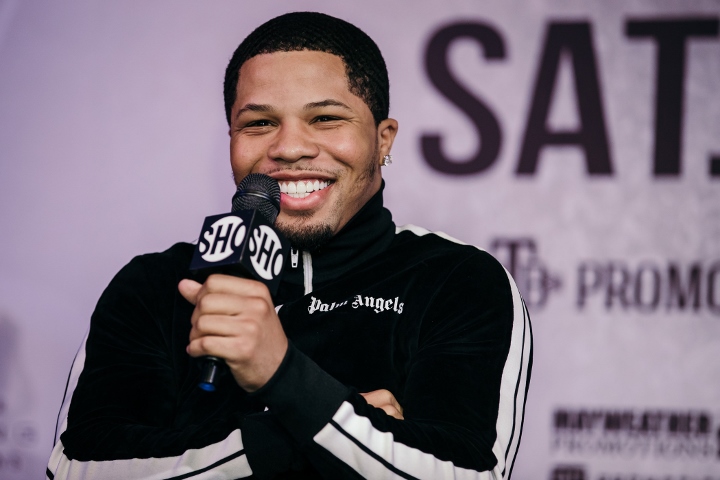 Davis has stopped all but one of his opponents and Ellerbe believes that knockout power is one of the key elements that has made Tank one of boxing's rising stars.  Even though he is only 22 fights into his career, Ellerbe believes that his fighter is on the cusp of taking over the sport.

"Tank is one of the biggest stars in the entire sport right now. We are looking to make the biggest events humanly possible. Everywhere he goes he sells the joints out. He packs the arena. What Tank brings to the table is the same thing that Deontay Wilder brings and that is excitement. The fans want to see guys get knocked out. They can appreciate that everybody can't knock everybody out but guys like him and Deontay Wilder that is what they do and what the fans want to see," Ellerbe explained.

No they don't. Even Mayweathers fights with the exception of him vs. De La Hoya, McGregor and Pacquiao didn't caption the world's imagination. I have been told that when Ali fought it was like the world stopped spinning. Tyson's fights…

[QUOTE=Bronx23;20251147]Little do you all know, by dignifying Ellerbe's idiotic claims with a response, you are in turn giving him exactly what he wants: more attention and eyeballs on his fighter. He doesn't even believe the stuff he says but he…

[QUOTE=DClefthook;20250860]Man its a whole lot of jealous men on this page. R.H.O.B.S. (Real Housewives of Boxing Scene )[/QUOTE] Here comes the white knight to the rescue #captainsaveahoe