A dispute over which June date would house Eleider Alvarez’s next fight has been resolved.

It’s now officially off the table.

The former light heavyweight titlist suffered a torn ligament in his foot suffered during training camp, thus putting the 35-year old out of commission for the next few weeks.

“Eleider Alvarez will unfortunately have to wait a little longer before returning to the ring,” Yvon Michel, Alvarez’s promoter confirmed Friday afternoon. 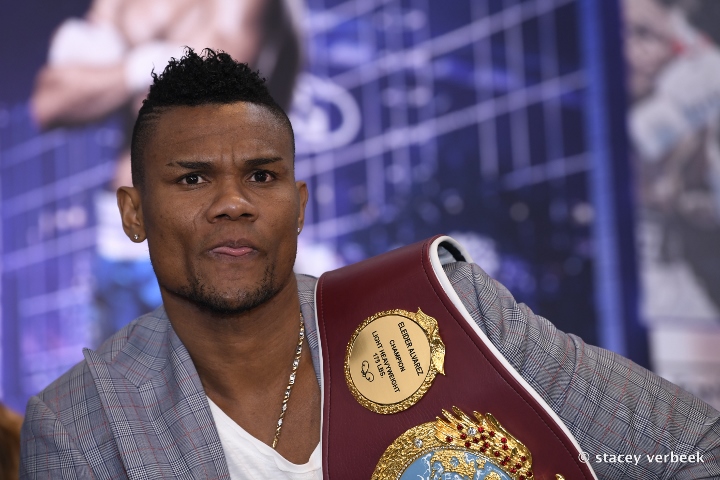 Alvarez (24-1, 12KOs) was in talks to face Philadelphia’s Jesse Hart, a super middleweight contender who was prepared to move up in weight to face the recently dethroned 175-pound titlist. What wasn’t quite as keen to Hart was the possibility of having to travel to Quebec, where the Colombia-born Alvarez has lived since turning pro in 2009.

It’s now a moot point as Alvarez won’t be cleared to return to training until later this month at the earliest.

Alvarez pulled off a minor upset last summer, rallying to score a dramatic 7th round knockout of Sergey Kovalev to win a piece of the light heavyweight crown last August. The rematch wasn’t anywhere nearly as productive, as Kovalev easily boxed his way to a landslide decision this past February in Frisco, Texas.

Despite the setback, Alvarez remains highly regarded as one of the best light heavyweights in the world today. His alignment with ESPN leaves him within a winning streak’s reach of future title challenges versus unbeaten Artur Beterbiev—who fights this weekend—and undefeated World champion Oleksandr Gvozdyk.

Of course, all bets are off until he’s literally back on his feet.