Former WBO light heavyweight champion Eleider Alvarez will return to the ring on June 28 at the Videotron Center in Canada, according to The Montreal Journal.

The fight would be the first for Alvarez, since losing a twelve round unanimous decision and his world title in a rematch Sergey Kovalev in February in Texas.

Before the second Alvarez-Kovalev fight, promoter Yvon Michel of GYM and Alvarez's manager, Stéphane Lépine, had agreed that the next fight of their pugilist would take place on June 15 in Quebec City. 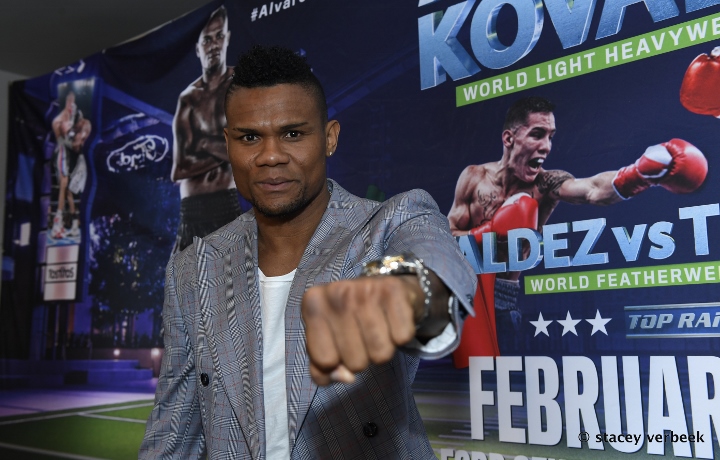 But, on Wednesday evening, all of the involved parties were informed by ESPN that this evening was reserved for a major fight. The network asked Michel and the head of the venue to find another day for the return of Alvarez to Quebec.

The Journal indicates that ESPN would soon confirm the details of this event.

Several GYM boxers could be part of this card, including Sébastien Bouchard, Marie-Ève ??Dicaire and Christian M'Billi. Everything remains to be confirmed.

Rivas was rumored to be among a list of three potential candidates to face the Tyson Fury. But that information was inaccurate and the paper confirmed as  much after speaking with sources connected to the fighter.

The ESPN network, in collaboration with Top Rank, will announce in a few days that Fury will enter the ring in June at a venue in in Las Vegas. The opponent is unknown.

The paper states that Rivas will be back on the undercard to Fury's looming return. He will have the chance to strengthen his candidacy for a future confrontation against the British giant.

Rivas, who knocked out Bryant Jennings earlier this year, needs another fight against a credible opponent to tackle his division's elite afterwards.

So who is Fury going to fight in Las Vegas? I would hope it's Pulev or Whyte!

Rivas too risky for Fury lol Gotta wonder what kind of opponent they dig up for him.