Efe Ajagba: I Want To Be The Best Heavyweight in The World

Ajagba was dominant from the outset, knocking Mansour down twice in the first round. He first landed a clean straight right to Mansour that caused him to tumble to the ground. He got to his feet but was then put onto the ground by a straight left from Ajagba.

"I've never fought a southpaw in the pros before," said Ajagba. "Ronnie Shields has taught me a lot and given me the plan on how to fight a southpaw and how to use my right hand against them." 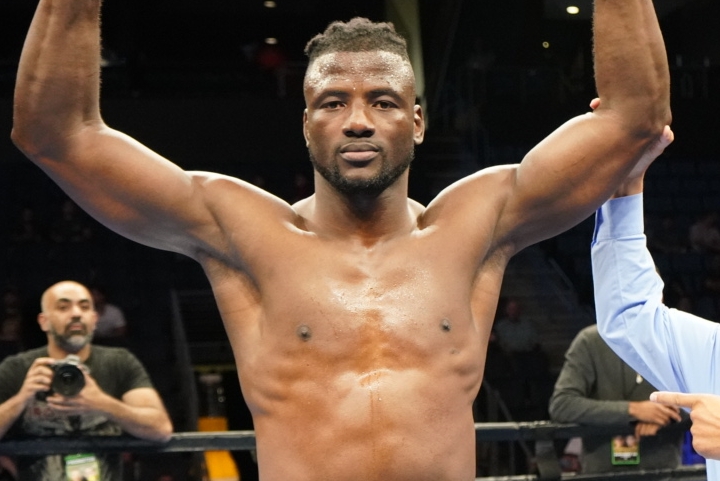 Mansour made it to the second round but continued to take a beating as Ajagba landed flush to the head consistently. After the round, referee Thomas Taylor took a long look at Mansour in his corner decided to call the fight after two rounds.

"I want to be the best heavyweight in the world," said Ajagba. "That's my dream. I'm going to go home and work hard and prepare for the next fight."

Of course you can, keep working hard.

APRIL 27 in Las Vegas Jefe Ajagba (9-0) VS. Michael Wallisch (19-1) Plus: Robert Easter Jr. and Viktor Postol. I most definitely will be tuning in!

[QUOTE=Wurider;19572926]Hard to judge him. he fought a bum last night.[/QUOTE] Not a bum, but a 46 year old who used to be a solid heavyweight. That's BS to call him a bum just because he's old and faded.