CARSON, California – Veteran Amir Mansour represented the biggest test of Efe Ajagba’s young career on the Shawn Porter-Yordenis Ugas card on Saturday but he ended up like all but one of the Nigerian’s opponents.

Ajagba, the 6-foot-5 heavyweight prospect, put Mansour down twice in the first round and battered him relentlessly the second, which prompted Mansour and his cornermen to get out while he was still in one piece. He stayed on his stool rather than test Ajagba in Round 3, ending the fight.

Ajagba is best known for a fight that didn’t take place, when Curtis Harper ran from the ring at the opening bell rather than face Ajagba last September. 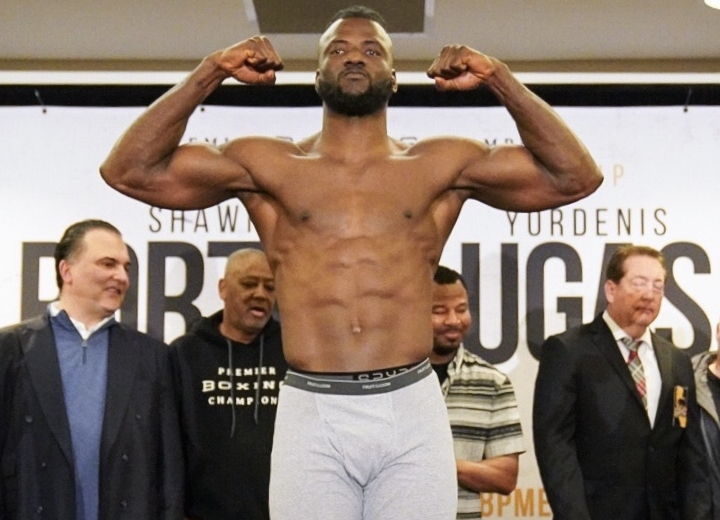 His next three opponents understand Harper’s feelings. Ajagba (9-0, 8 knockouts) stopped his next two foes in the first round before manhandling the 46-year-old Mansour (23-4-1, 16 KOs).

Mansour was game for a while but quickly became overwhelmed. He went down first from a short right and then again from a left in the opening round. He managed to remain on his feet in the second but, in his opinion, took too many hard punches to continue fighting.

Ajagba presumably will continue to fight better and better opponents as builds toward a title shot.

“I want to be the best heavyweight in the world,” he said. “That’s my dream.”

I like what I see of Efe, he has a pleasing style, thudding power and seems like a decent guy. He got caught clean a few times but didn't seem phased. I think a fight with a durable, tricky scrapper…

[QUOTE=revelated;19572668]Watching Ajagba, he reminds me of Foreman. Punches don't look like much but maybe he's just heavy handed. What irritates me is his fight stance. He's got quality footwork and doesn't need such a wide stance. Unless he knows he…

Watching Ajagba, he reminds me of Foreman. Punches don't look like much but maybe he's just heavy handed. What irritates me is his fight stance. He's got quality footwork and doesn't need such a wide stance. Unless he knows he…

[QUOTE=revelated;19570750]And thus we learn the REAL reason Curtis Harper got the hell out of there. He wanted to live.[/QUOTE] lol. I had forgot about that. That was hilarious.

Mansour is an absolute madman. I'm glad his corner pulled him out