The glory and self-destruction of Venezuelan boxing star Edwin Valero is the backbone of El Inca , a film that arrives this week in US cinemas and whose director, Ignacio Castillo.

"Boxing has something very cinematic because of its language. It is a sport in which every detail changes everything. In a short time you see the nuance of both the boxers and the fight: a blow has an immediate impact. And, in a way, cinema is a bit like that: it's a lot of looks, of movements," the Venezuelan filmmaker told EFE.

Castillo added that, with a boxer on the big screen, it is easy for the audience to "quickly identify the hero and the antihero," understand the challenges of the script and understand the dilemmas of who gets into a ring: "You are alone against another or you against yourself." 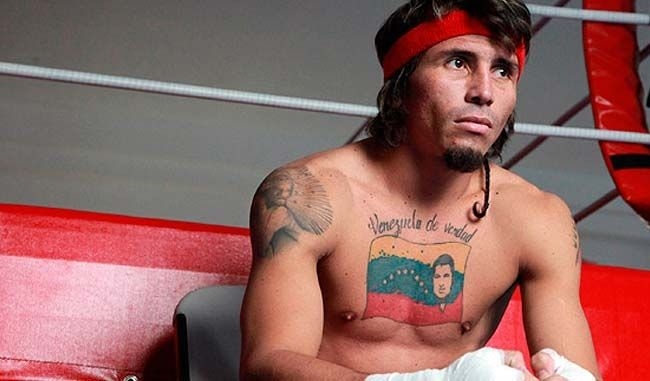 Starring Alexander Leterni and Scarlett Jaimes, El Inca was the Venezuelan candidate for the last Oscars, but the film's commercial success has been full of legal obstacles of all kinds.

As told by his director, El Inca premiered at the end of 2016 and  lasted only a few days in theaters, as a Venezuelan court decided, as a preventive measure, to withdraw the film from the screens after a complaint from the family of Valero argued that the tape could damage the honor and reputation of his children.

Castillo defended that this was an "illegal action", since, according to his arguments, the Venezuelan laws do not contemplate that a movie can be removed from movie theaters.

After winning the appeal, El Inca made a run in June 2017 at the Venezuelan Film Festival in Mérida and was preparing to return to the commercial circuit, but the tape was met with a new setback.

"When I was about to return to the halls in the rest of the country, the Supreme Court of Justice of Venezuela took another preventive measure," the director explained, adding that the intention of this court was to re-evaluate the case.

"However, they have not called us. A year has passed and the Supreme Court has not yet called us. So the film, in some way, is in a limbo: there is no firm ruling against it, but this preventive measure is practically killing it."

Beyond legal issues, El Inca is an intense feature film about Valero from different perspectives: the successful boxer capable of knocking out anyone in a fight, the young man totally in love with his wife and the man who, in his descent into hell, would end up committing suicide after allegedly murdering his wife.

Castillo explained that, like any compatriot, he was a big fan of the boxer, who became an icon of Chavism and who had a big tattoo on his chest with the image of Hugo Chávez.

"But suddenly these tragic deaths happened, that of him and his wife, and we entered an incredible silence: nobody talked about him. It's as if you follow Rafa Nadal's career, you're very close to Nadal, and suddenly, Nadal is crazy and you ask 'What happened here?', He said.

The director considered that the boxer is "a fascinating character" with a "love triangle" characteristic of Shakespeare.

"There are times when he becomes a devil, especially in the ring or in jealousy," he said.

"He is a person that.. what he wants is love, that people value him, appreciate him, admire him."

[QUOTE=Andy****Hot;19111267]You might be the dumbest person to ever use the internet.[/QUOTE] You are UNDOUBTEDLY the dumbest pig that ever walked on earth.

[QUOTE=TrueBox;18911812]Hoes don't come to you with a knife threatening to slit your throat. They come to you with an angelic smile and a hole that's open for business 24 hours a day. You won't find out if she's genuinely a…

[QUOTE=Hnnnggg;18915063]I’ll be blunt. You come off as an idiot. It’s plain and simple, you give as much respect as you receive. The most likely reason you’ve been with apparently so many different females is because you attract low caliber women…

I know he was no angel outside the ring but there's no doubt in my mind he'd be p4p number 1 if he was still.fighting. unbelievable talent

[QUOTE=Damn Wicked;18903333]I think Pacq would have murdered Valero.:boxing:[/QUOTE] Mikey Garcia is on record saying Valero hit way harder.. know that doesn't mean he wins a boxing match but I'm sure he'd clip him over 12