Former junior featherweight world titlist Julio Ceja has tested positive for COVID-19, which has forced him to withdraw from a WBC featherweight title elimination bout against Eduardo Ramirez, a source with knowledge of the situation told BoxingScene.

Instead, according to the source, Ramirez will face former world title challenger Miguel Flores in the opening bout of the Errol Spence Jr.-Danny Garcia welterweight world title fight on Saturday night (Fox PPV, 9 p.m. ET) at AT&T Stadium in Arlington, Texas, where a limited number of spectators will be permitted.

According to the source, when Ceja (32-4-1, 28 KOs) dropped out he was quickly replaced by Flores (24-3, 12 KOs), who will be moving up the card for what will now be a WBA featherweight title eliminator. 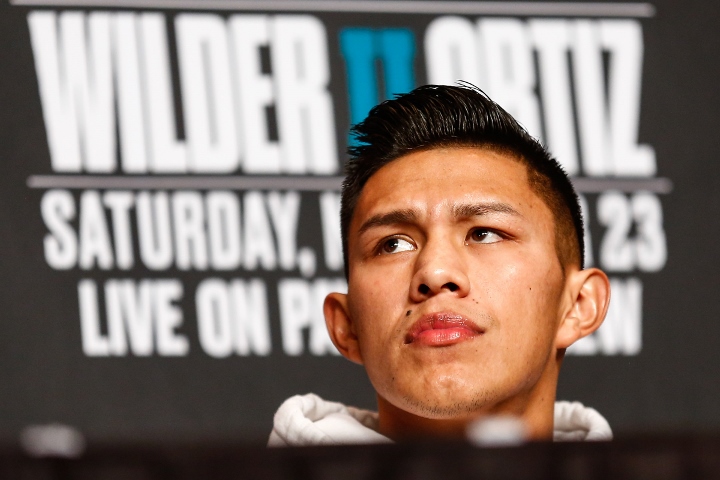 Flores was already scheduled to square off with Isaac Avelar in a 10-round bout on the Premier Boxing Champions telecast of preliminary fights on Fox Sports 2 prior to the start of the pay-per-view portion of the card.

Ceja had been training in Las Vegas under the guidance of Ismael Salas, who also recently tested positive for COVID-19, which forced him to miss working heavyweight contender Joe Joyce’s corner for his 10th-round knockout victory over Daniel Dubois to win the European title this past Saturday in London.

Flores, 28, a Mexico native fighting out of Houston, is coming off a unanimous decision loss to Leo Santa Cruz for a vacant junior lightweight world title last November on the Deontay Wilder-Luis Ortiz II undercard. Ramirez (23-2-3, 10 KOs) also had his last fight on that same show when he knocked out Leduan Barthelemy in the fourth round.

Ramirez, 27, of Mexico, was scheduled to return against “King Tug” Tugstsogt Nyambayar in a WBC elimination fight on Showtime on the Erickson Lubin-Terrell Gausha undercard on Sept. 19, but Ramirez withdrew from the bout because of his own illness. Nyambayar instead defeated replacement Cobia Breedy by split decision in a 10-round fight.

Tyson-Jones had a better undercard than this garbage.