Easter: Against Mikey Garcia, You'll See Why So Many Duck Me!

Their highly anticipated showdown will take place on Saturday, July 28th, in the main event of a Showtime televised card from the Staples Center in Los Angeles in an event presented by Premier Boxing Champions.

Garcia is the favorite to come out on top, but Easter will enter the ring with a 5-inch height and 8-inch reach advantage. 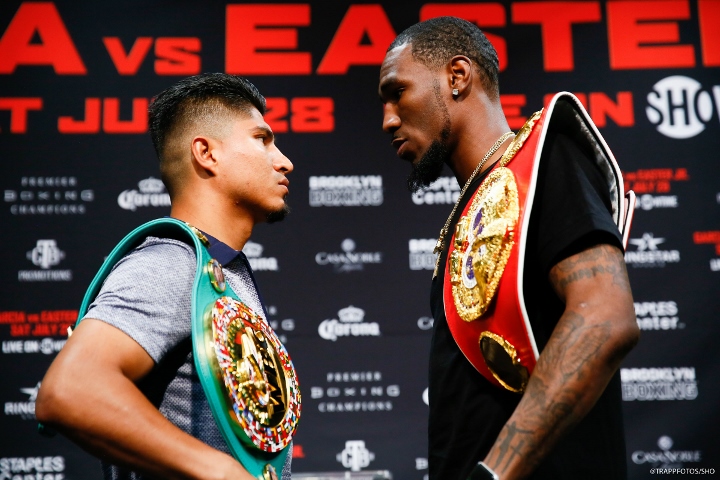 Neither boxer has ever been a unified champion.

Easter has not been as impressive as many had expected in his last two fights. He had a tougher time than anticipated in defeated Denis Shafikov back in June of 2017. And then he barely escaped defeat when he secured a very close twelve round split decision over Javier Fortuna in January of this year.

Easter admits that he wasn't very motivated by some of his recent opponents, but he promises to be at his very best when he steps in the ring with Garcia.

"This fight is going to really show my true boxing skills and why a lot of fighters have been ducking me. After I win this fight, it's going to take me to superstar status. It's going to put me where I need to be and let everyone recognize who I really am."

[QUOTE=Curtis2;18919395]Yo Yo...Brilliant post!! Zero defeats with 96 combined KO's...100% FACT!![/QUOTE] They are tho u know it the charlos are on PEDS just like Errol Spence is lol wilder his whole career band resume and payday are garbage lol

mikey would smash you and errol spence in the same night

[QUOTE=1hourRun;18894880][img]https://i.imgur.com/Ok1tmQv.gif[/img] I'm on Rocky mode CHAMP! I got these coffee beans in my system and I'm about to run a mile!!! These geezers power-walking better get out my way today![/QUOTE] Yo wilder the charlos and Spence are fraud facts 💯