Dorticos: I Came Back To WBSS To Win It All, No Matter Who Or Where I Had To Fight

The 15-month wait for this moment to arrive hasn’t at all dulled the enthusiasm of Yuniel Dorticos.

Despite two postponements, a six-month delay and a venue change due the ongoing coronavirus pandemic, the World Boxing Super Series (WBSS) Season Two cruiserweight final is now days away from crowning a new king. Miami’s Dorticos (24-1, 22KOs) faces Mairis Briedis (26-1, 19KOs) in the tournament finale, one which will crown a new lineal cruiserweight champion.

The bout was due to take place in March and again in May before the ongoing global health crisis wiped out both dates, both of which were due to take place in Briedis’ hometown of Riga, Latvia. The event will now take place at Plazamedia Broadcasting Center in Munich, Germany, without any fans in attendance.

“I was looking forward to beating Mairis Briedis in his hometown,” Dorticos told BoxingScene.com. “I was ready to come home with my [IBF cruiserweight] title, along with the Ali Trophy (awarded to the tournament winner). 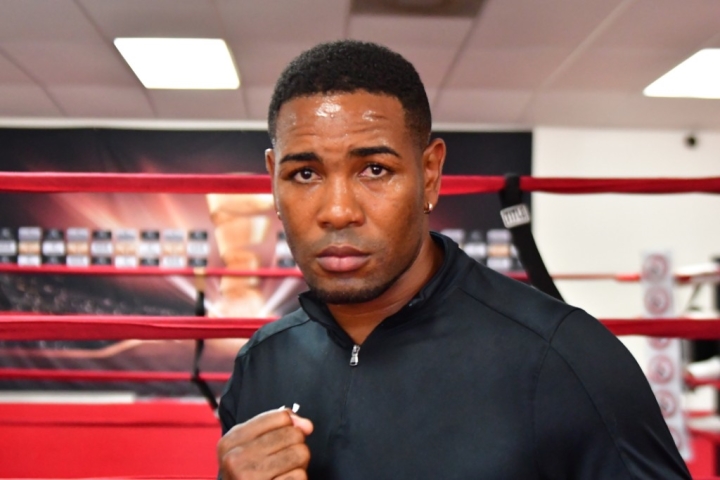 Dorticos and Briedis both advances to the semifinal round of the Season One tournament, each suffering their lone career defeat. Briedis dropped a competitive 12-round decision to Oleksandr Usyk in their January 2018 WBSS semifinal and two-belt unification match, one week before Dorticos was dropped and stopped in the 12th round of his February 2018 unification fight versus then-unbeaten Murat Gassiev in Adler, Russia.

Eight months later came for both boxers another chance to realize a dream of becoming the universally recognized best cruiserweight in the world. Briedis’ path has been far more controversial, claiming a disputed 12-round decision win over Noel Gevor in October 2018, followed by a foul-filled 3rd round knockout of Krzysztof Glowacki last June to begin a second title reign, only to have to give back the WBO belt following the second of two filed protests surrounding the event in Riga.

Earlier on that card, Dorticos—whom eight months prior scored a hard-fought 12-round decision over Poland’s veteran contender Mateusz Masternak—delivered the 2019 Knockout of the Year, courtesy of a one-punch, 10th round flattening of previously unbeaten Andrew Tabiti. The win set the stage for the tournament finale, even if having to wait more than a year for the bout to materialize.

Given the potent power that each boxer possesses, it is tough to envision anything other than an explosive curtain call and one very likely to not go to the scorecards.

Of course, that is never the intention of the man who carries a ‘KO Doctor’ ring moniker.

“I always go for the knockout, and I intend to do just that [on Saturday],” vows Dorticos. “I came back to this tournament to win it all, no matter who or where I had to fight. This will be a historic moment in boxing, and I will cement my name as one of the best boxing champions in recent years.”