Dorticos: Congrats To Briedis, I'll Be Back Stronger Than Ever

Season II of the World Boxing Super Series came to its conclusion on Saturday with Mairis Briedis taking home the coveted Muhammad Ali Trophy after a thrilling encounter against Yuniel Dorticos at the Plazamedia Studios in Munich, Germany. 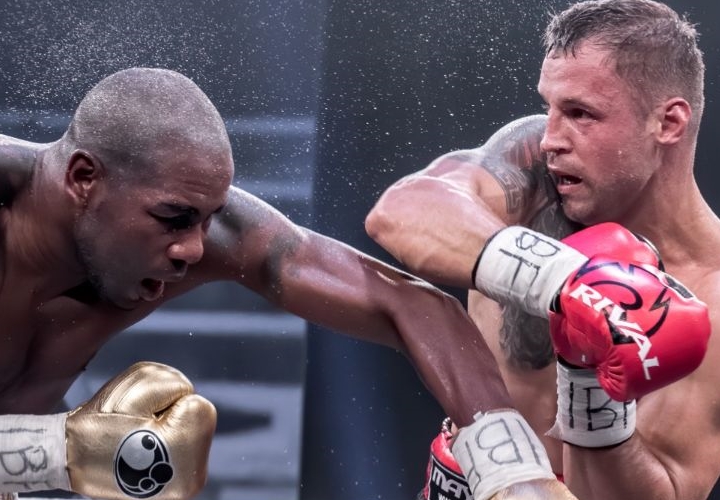 The WBSS Cruiserweight Final behind closed doors was a close battle, but Latvia’s Mairis Briedis repeatedly troubled Dorticos with powerful counter-punches during a commanding performance.

Dorticos, the Miami-based Cuban, was never far behind, and one judge scored it a draw with a tally of 114-114, while the other officials handed in wide verdicts of 117-111 for Briedis, who claimed the Muhammad Ali Trophy, Ring belt and IBF title.

Mairis Briedis and Yuniel Dorticos were defeated semi-finalists in Season I of WBSS cruiserweight tournament.

“It’s been a long journey,” said Briedis. “I’m thrilled to finally get my hands on the Muhammad Ali Trophy. Dorticos was as tough and strong as expected, but after a few rounds I could figure out what he was going to do.

“I want to thank my wife, my team and my fans in Latvia for being with me all of the way!”

Dorticos said. “I would like to thank the World Boxing Super Series for this opportunity once again. It was a close fight and I thought I was closer to the victory than the scorecards read. Congrats to Briedis and his team. ‘The KO Doctor’ will be back stronger than ever!”

Mairis Briedis is the fifth winner of the Ali Trophy, and the Latvian joins an illustrious line of boxers who have won the revolutionary bracket-style elimination tournament: Aleksandr Usyk, Callum Smith, Josh Taylor, Naoya Inoue, and Mairis Briedis are forever linked to Greatest of all Time.

[QUOTE=Jersey Walcott;20781982]Dorticos is a very good fighter, but his career is done with this loss. Dorticos will become 35 years old, Briedis 36 in the next year, this match was their career-decisive fight. Dorticos did nothing in the last two…

Dorticos is a very good fighter, but his career is done with this loss. Dorticos will become 35 years old, Briedis 36 in the next year, this match was their career-decisive fight. Dorticos did nothing in the last two rounds,…