Dorticos: All Gassiev Did Was Beat 'Old' Opponent in Wlodarczyk

According to the Cuban knockout artist, Gassiev merely did what he was supposed to do against an “old” opponent. Russia’s Gassiev became the first fighter to knock out Poland’s Krzysztof Wlodarczyk in their IBF cruiserweight title fight at Prudential Center.

Gassiev’s vicious combination – a left uppercut to the head, followed by a left hook to the body – stopped Wlodarczyk in the third round of their World Boxing Super Series quarterfinal fight. The 24-year-old Gassiev’s victory moved him into the WBSS semifinals, in which he battle Dorticos on a soon-to-be-announced date in January. 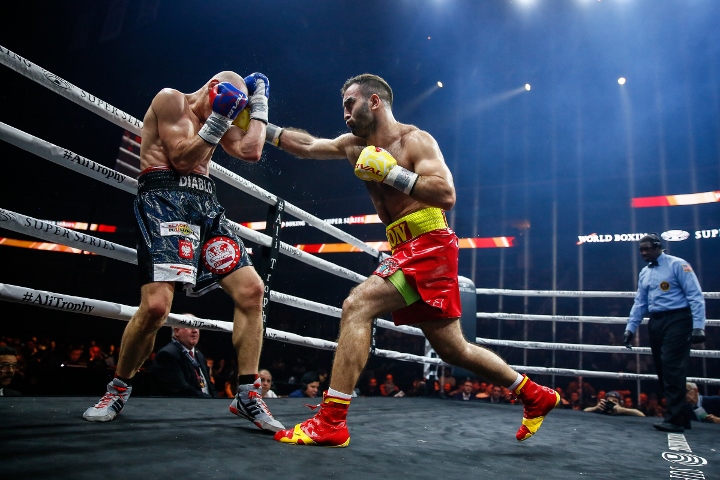 “I don’t really see anything that necessarily stands out,” Dorticos said through a translator during a post-fight press conference. “He’s defeating competition that is older than him. He fought a guy who has a terrific history, who has done a lot. But at the end of the day, his opponent tonight was old. Now’s gonna fight someone who’s similar to him. This is the fight that the fans, that the world, wants to see.”

Prior to Saturday night, the 36-year-old Wlodarczyk (53-4-1, 37 KOs), a former IBF and WBC cruiserweight champion, had lost only a technical decision, a majority decision and a unanimous decision during his 17-year pro career.

The confident Dorticos then offered Gassiev some tongue-in-cheek advice.

“Take a good vacation,” Dorticos said, “but I wanna prepare the right dosage for you of ibuprofen and anesthesia for the next fight, so it’s less painful.”

And Dorticos beat a guy with a pure glass jaw.