“Lafayette, Louisiana is definitely going to be an experience,” said Donaire, a native of the Philippines who moved to the Bay Area in California at the age of 10 and today lives and trains in Las Vegas.

“There is so much culture all over the United States and I am I’m blessed to be in a tournament that allows me to visit a different state. I've heard the food is amazing and I can't wait to try it out after the fight.” 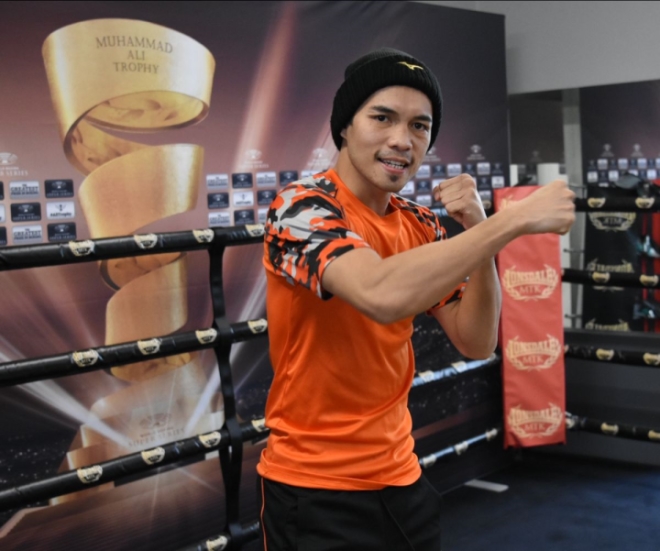 36-year-old Donaire is perhaps the biggest name in the star-studded WBSS Season 2 line-up having held eight world titles by the main four boxing sanctioning bodies. Known as "The Filipino Flash" due to exceptionally hand speed and extraordinary punching power.

The former multiple-time world champion in four weight classes and current WBA Super Bantamweight Champion came down from 126lb to compete at 118lb for the first time in seven years to enter the WBSS.

In the quarter-final in Glasgow, Scotland Nov. 3rd last year against Northern Ireland’s Ryan Burnett, tournament No. 1 seed, Donaire felt he was in control and would have taken home the victory in the normal fashion if his opponent hadn’t been forced to retire after four rounds with a lower back injury.

How is the training going, can you give us some insight from your training camp?

“Training started about two weeks after the Burnett fight.  We didn't know when the fight would be scheduled but we knew the opponent so we stayed head on for Tete.  I implemented new training methods that we haven't tried before and have had a smooth training camp in Las Vegas.”

How would you describe your shape and preparations compared to your last fight?

“I believe the major difference is building upon what we had in the Burnett fight.  I made sure to continue to stay disciplined with my diet and continue to be at the gym.  As I said, it wasn't completely 100% boxing throughout and we did implement training outside of the boxing gym and different drills as well.  We made sure to have rest when needed so we could turn it up in these last couple weeks.”

How do you see the match-up with Tete?

“Tete is a formidable opponent. He is tall, he is fast, he is slick, but I am a fighter that can fight any kind of style. I can’t wait to the to show the crowd what we’ve been working on.”

I know he has been fighting here and there but it's good to see donaire back in the mix off things in the boxing ranks, I wish him all the best in his title clash with Zolani..

donaire could win this he might just roll back the clock and have one last great performance! I hope he smashes tete like he did that other walking stick figure mathubula!

Donaire the most Ped tested fighter never lost to an African. :boxing:

Tete got this one, Donaire won't be able to clip him and he will fade as the fight goes on. First half ought to be competitive but as the rounds go Tete will pull away. Loving the WBSS, the best…