Dominic Wade has once again run afoul with the law.

The former middleweight title challenger is currently being held without bail in a Charles County detention center on three charges of sexual misconduct. The most serious of  the lot is for Rape in the Second Degree—a felony crime according to Maryland Rape Laws which defines the act as having "occurred without the consent of the victim through the perpetrator’s use of force or threat of force" or "the victim is a mentally defective individual, or was mentally incapacitated or physically helpless at the time of the offense– a fact that the perpetrator knew or reasonably should have known at the time when the vaginal intercourse occurred."

If convicted, Wade will face up to a maximum of 20 years in prison. 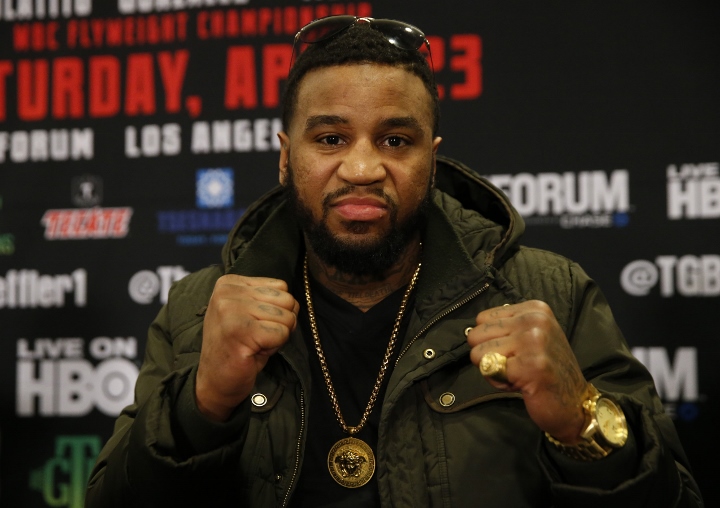 The offense in question took place on July 23 according to arrest records and the accompanying court report, copies of which have been obtained by BoxingScene.com. According to the report, Wade allegedly came into contact with the victim—whose identity has been withheld in compliance with rape shield law—at which point he engaged in the alleged act.

A preliminary hearing is scheduled for October 6 at 2:30 p.m. local time at Charles County District Court.

Wade—who is billed in the ring as hailing from Largo, Maryland but who shows a home address of Clinton, Maryland according to past arrest records—is also charged with second degree sexual assault and fourth degree sexual offense, both of which are misdemeanors.

Sexual Assault in the Second Degree carries a maximum penalty of up to 10 years in prison and a $2,500 fine.

Sexual Offense in the Fourth Degree is defined by Maryland law as any person at least four years older than the underage victim “who engages in sexual contact with another individual without that individual’s consent.” First time offenders found guilty face up to one year in prison and a $1,000 fine. Repeat sexual offenders face up to three years in prison.

The 30-year old middleweight has not fought since a pair of tune-up level knockout wins last February, shortly after signing a promotional agreement with GH3 Promotions.

Both bouts marked his first piece of ring action since a 2nd round knockout loss to then-unbeaten and unified middleweight titlist Gennadiy Golovkin. Their April 2016 bout aired live on HBO, with Wade taking the fight in place of mandatory challenger Tureano Johnson, who suffered a training camp injury and was forced to withdraw.

Little was known of Wade at the time outside of a pair of appearances on Showtime’s Shobox series. A key component of his life was revealed in the aftermath of his lone career defeat, as the disgraced boxer was out on bail and awaiting sentencing for domestic violence charges stemming from a December 2015 incident.

Wade was charged at the time with assault with significant bodily injury. The crime in question was committed against the mother of his child, to which her niece witnessed and attempted to disrupt at which point she was struck by Wade resulting in her losing a tooth. The boxer quietly pled guilty to one count assault for which his punishment was reduced to probation and mandatory anger management classes.

Details of the case were not revealed until June 2016, two months after the Golovkin fight. Event handlers claimed ignorance as cause for it not coming to surface prior to the fight or even going through with the fight at all.

That luxury is long gone. His freedom could also suffer the same fate, given the extent of the current charges.

[QUOTE=Squ□redCircle34;20761181]You comparing Kobe Bryant’s case to Dominic Wade is so far off and it’s not even remotely funny and at this point I’m starting to think you must a Member of Dominic Wade’s family! Kobe did not have a history…

All laws are created to destroy a man´s life and in some ways a woman´s. This is also causing people to sexual deviations.

Nothing good can come out this comments section.

[QUOTE=Bandman;20762144]that's thanks to a law signed by Bill Clinton in 1996 that basically makes a woman's words the gospel. but a man can definitely claim rape if he was drunk but they rarely do[/QUOTE] Ironic that it was Clinton who…